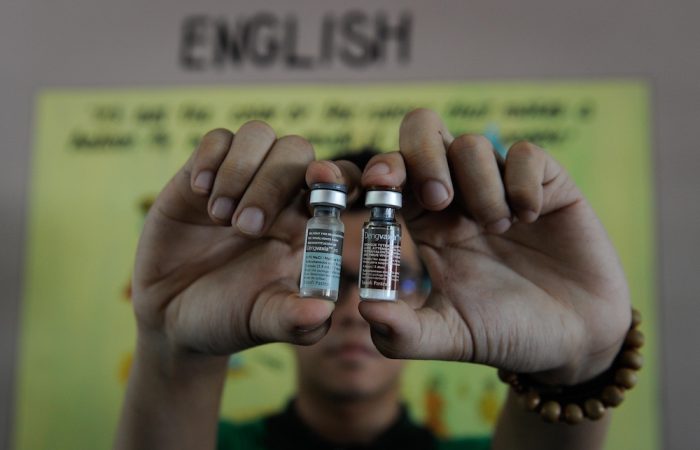 The Philippines Department of Health confirmed that cases of the mosquito-borne tropical virus dengue continue to rise uncontrollably. The official statement describes the scale of the problem, which made the country to request international assistance to fight the epidemic.

The current dengue outbreak becomes a threat to the Western Pacific region. Since January, more 146,000 cases in the Philippines was registered by the department of health – a 98% increase compared to the same period in 2018 – and more than 600 deaths.

The official declaration of the national outbreak will enable access to sorely needed response funding, case numbers in the Philippines have consistently exceeded national epidemic thresholds since January.

With dengue fever cases and fatalities now at record levels in the Philippines, health ministry officials should consider reintroducing the vaccine with appropriate restrictions, in a similar manner to the US.

The current trend echoes a concerning rise in dengue incidence throughout the Western Pacific, with reported cases also above typical levels in Cambodia, China, Malaysia, and Vietnam.

In South Asia, Bangladesh is facing its worst dengue outbreak on record, with at least 40 confirmed deaths and more than 44,000 people admitted to hospitals with the virus since January.

The Philippines national vaccination campaign was launched in 2016, but the government made the decision in 2017 to ban the sale and distribution of Dengvaxia, after Sanofi Pasteur, the vaccine’s manufacturer, released new data indicating an increased risk of severe dengue in vaccinated individuals who had not previously been exposed to the virus.

The World Health Organization has since advised that the vaccine Dengvaxia should only be introduced if previously unexposed individuals can be avoided, recommending pre-vaccination screening for recipients.

According to the Philippines health ministry, about 90% of the 830,000 schoolchildren already vaccinated had previously been exposed to dengue – leaving more than 80,000 at risk of more severe disease.

The Philippines Food and Drug Administration, after an investigation, permanently revoked Sanofi’s product license for Dengvaxia earlier this year, citing the company’s failure to comply with post-marketing authorisation requirements.

Nationwide panic and mistrust of vaccinations following the scandal resulted in a decline in both dengue and measles immunization rates in the Philippines, helping to trigger a measles outbreak that has seen a 600% increase in cases since last year.

A UNICEF/WHO report emphasised the role of the Dengvaxia controversy in rising vaccine hesitancy, limiting the effectiveness of supplementary immunisation programs.