Philippine’s Duterte voices concern over tensions in the Middle East 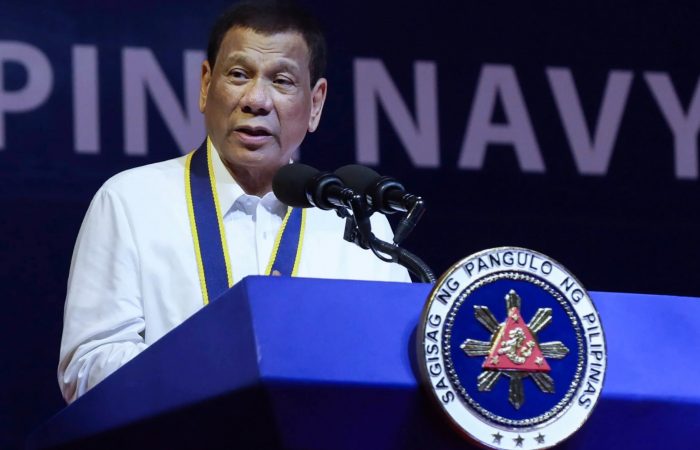 Philippine President Rodrigo Duterte on Monday voiced concern over the «evolving crisis» in the Middle East and the danger it poses to approximately 3 million Filipinos working in that region, Xinhua news agency reports.

The Philippines President Rodrigo Duterte expressed concern that Filipinos in Saudi Arabia and Israel will be at risk if Iran takes retaliation. The evolving crisis in the Middle East could lead to a ‘protracted war’, Duterte said in the televised speech on Monday.

«We do not know what would be the end result of this crisis. It could lead to a protracted war. It could be a wide-scale strife. But whatever it is we Filipinos are really in great peril,» Duterte said in a speech at the presidential palace.

President Duterte stressed that the Middle Eastern tensions could pose a threat the overseas Filipino workers, which are stationed mostly in Saudi Arabia.

During the Sunday security meeting, Philippines national leader has drawn the attention of the military and police commanders to the assessment of the current situation in the Middle East and the way to the gravity of it.

According to Duterte, deepening of the Middle Eastern crisis could bring a trouble to thousands of the Filipino workers in the fragile region.

In his efforts to control the situation, Duterte ordered the Armed Forces of the Philippines «to prepare its air and naval assets to evacuate and bring home [the Filipinos] if and when open hostilities erupt in the Middle East that may endanger their lives.»