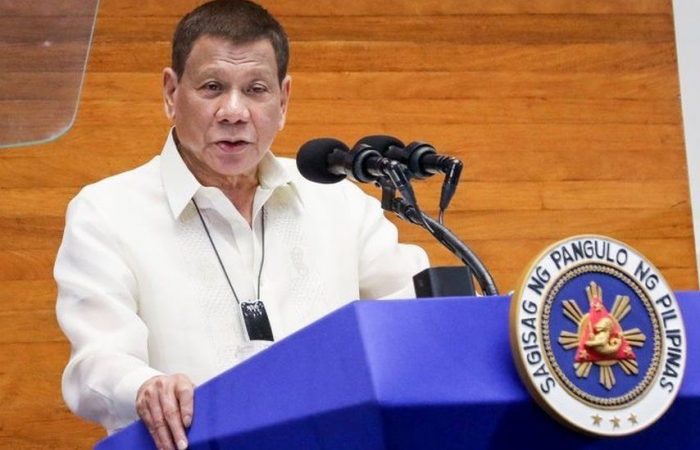 Since March, the tensions between Manila and Beijing have increased after China’s regular moves far from the diplomatic ones. Over the months, the Philippines filing daily diplomatic protests over the presence of hundreds of Chinese fishing vessels in disputed portions of the South China Sea.

“If we talk, we talk but just among us,” Duterte added.

Both defence and foreign ministers and Duterte’s legal adviser have taken strong positions against China over the presence of hundreds of Chinese vessels within Manila’s 200-mile exclusive economic zone.

The Philippines believes the Chinese vessels are manned by militia, describing their presence as “swarming and threatening” as it continues to demand for the flotilla to be withdrawn immediately.

Duterte has rebuffed a call from China to withdraw vessels from disputed areas of the South China Sea and said he would not bow to pressure, even if it jeopardises his friendship with Beijing.

Beijing’s embassy in Manila was not immediately available for comment outside office hours. Chinese diplomats have said the boats were sheltering from rough seas and no militia were aboard.