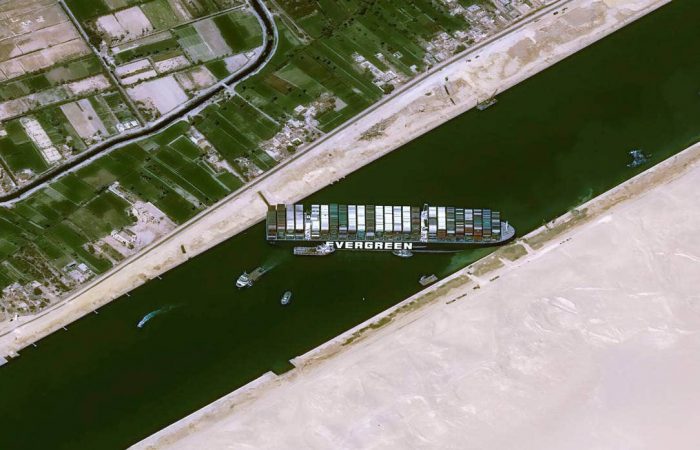 The ship The Ever Given, owned by Japanese firm Shoei Kisen KK, is blocking Suez Canal for the third day. The situation could be improved with help of experts. However, they fear it could take weeks to dislodge cargo vessel stuck in a major shipping lane.

In its efforts to refloat a ship blocked the Canal, 10 tugboats were deployed and workers were dredging the banks and seafloor near the vessel’s bow to try to get it afloat again as the high tide starts to go out.

“We apologise for blocking the traffic and causing the tremendous trouble and worry to many people, including the involved parties,” Shoei Kisen President, Yukito Higaki, said.

The company’s statement said the experts have considered removing its containers to get the weight off the vessel, but it is a very difficult operation, in physical terms. Moreover, it will a certain time. “It’s a complex technical operation” that will require several attempts to free the vessel, Lt. General Osama Rabei, head of the Suez Canal Authority, confirmed in a statement. 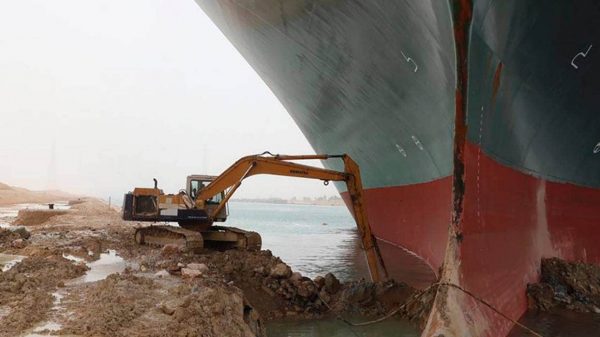 A team from Boskalis, a Dutch firm specialising in salvaging, was working with the canal authority using tugboats and a specialised suction dredger at the port side of the cargo ship’s bow. Egyptian authorities have prohibited media access to the site.

Evergreen is the name of the shipping company that leases the ship. The vessel itself is called Ever Given.