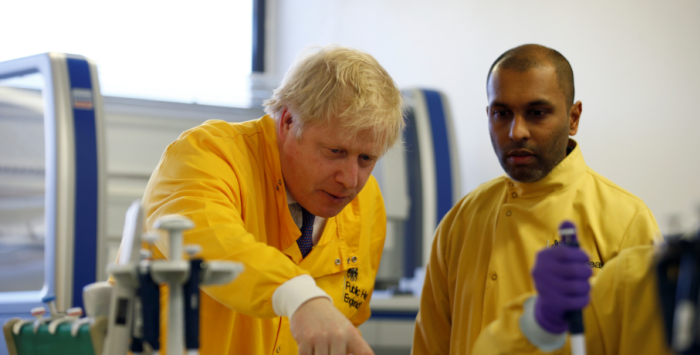 The UK prime minister welcomes the news on the vaccine’s approval. Boris Johnson said it is “fantastic” that the British medicines regulator had formally authorized the Pfizer-BioNTech vaccine for use, Reuters reports.

PM Johnson believes that the Pfizer vaccine will be the protection of people across the country. The drug will ultimately allow Britons to reclaim their lives and help the economy recover faster.

“It’s fantastic that the MHRA has formally authorised the Pfizer BioNTech vaccine for Covid-19,” PM wrote on Twitter. “The vaccine will begin to be made available across the UK from next week».

In fact, the Pfizer-BioNTech vaccine becomes the fastest ever drug to go from concept to reality. It should protect people from COVID-19. For the medical regulator, it took only 10 months to follow the same developmental steps that normally span a decade.

Health Secretary Matt Hancock believes that people will be contacted by the NHS when it is their turn for the jab. «I’m confident now with the news today that from spring, from Easter onwards, things are going to be better and we’re going to have a summer next year that everybody can enjoy,» he said.

Following the good news on the anti-corona vaccine, the NHS is preparing for «the largest-scale vaccination campaign in history. According to NHS chief, Sir Simon Stevens, around 50 hospitals are on standby and vaccination centres in venues such as conference centres are being set up now.

“It’s the protection of vaccines that will ultimately allow us to reclaim our lives and get the economy moving again,” the medical official added.

Commenting the news on a vaccine, England’s Chief Medical Officer Chris Whitty said it would take until spring to fully vaccinate the vulnerable population who wish to receive the jab.