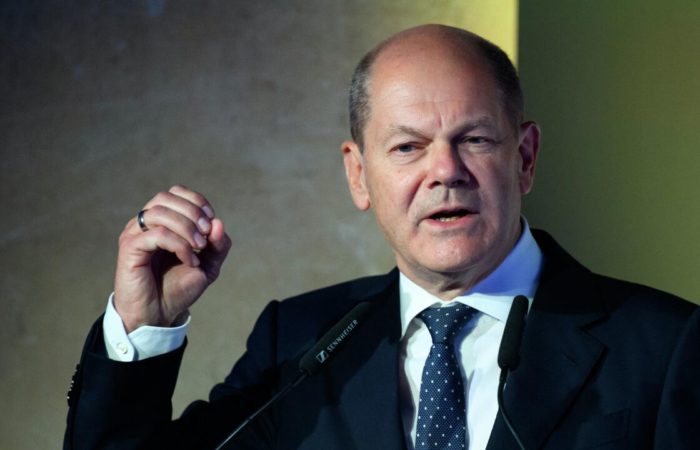 The head of the Polish National Security Bureau, Pavel Solokh, demanded that Germany clarify the words of Chancellor Olaf Scholz about the possibility of revising the border between the two countries.

⠀
The German politician earlier at the M100 Media Award ceremony in Potsdam, in the presence of the former head of the European Council and the current leader of the Polish opposition, Donald Tusk, said that he would not want someone to “dig through history books to make revisionist border changes.” The Polish media linked these words to the conflict over the payment of reparations to Warsaw, although Scholz stressed in a speech that the border “is established forever after a hundred years of history.”

⠀
Speaking on Polish Radio, Solokh said that “the coincidence is not accidental” and Scholz’s words are indeed connected with the ongoing dispute between the states. According to the representative of the department, in order to regain confidence, “the chancellor himself should speak deeply explanatory words.”

“If not, then we have the right to interpret this as a signal, maybe not a threat, but a demonstration that” it’s us, it’s me, this government is a guarantee that this issue will not be raised, “the head of the department added.

⠀
In Poland, a few years ago, the question was raised that Germany should pay reparations to the republic for damage during the Second World War. This week, the Polish Sejm supported a resolution demanding reparations. Earlier, the Polish authorities said they were expecting 6.2 trillion złoty (about $1.3 trillion) from Berlin.

⠀
In turn, the German government answered that they did not intend to pay anything to Poland: in Berlin, they believe that the reparations received by Warsaw are sufficient and that there is no reason to doubt Poland’s refusal of them in 1953.

⠀
The representative of the German Foreign Ministry also confirmed that Berlin considers the issue of reparations closed. At the same time, Germany continues to bear political and moral responsibility for the Second World War, he added.