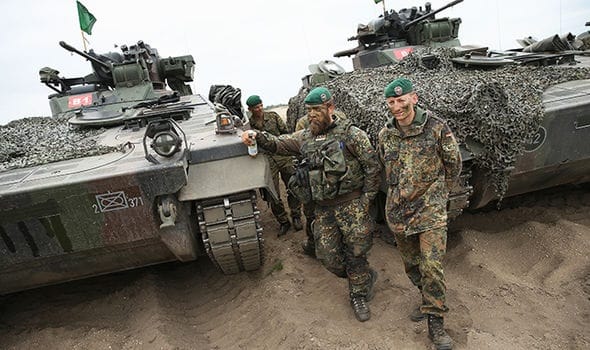 Poland is carrying the modernization of its army, the Central Europe country has dramatically ramped up its defence budget amid growing tensions with the east neighbour, Russian Federation.

The shadow of the Russian aggression covered the Europe, NATO countries worry the official number of troops participating in the current Russian drills Zapad might be understated. In particular, Poland (that was in the Moscow-led Warsaw Pact) vowed to boost its defence budget by an extra £42.7 billion over the next 15 years.

Warsaw officials confirmed that the fears of Russian aggression are growing, so Jens Stoltenberg will visit Poland on Friday to check on a deployment of US troops there. President Duda and Stoltenberg to meet in Warsaw on August 24, the NATO Secretary General also will meet Polish, Romanian and Turkish government officials to discuss the current situation in Europe.

Poland has lobbied hard for the stationing of NATO troops on its soil, especially since the annexation of Crimea in 2014 by Russia. The government agreed in June to raise Polish defence spending gradually from two per cent to 2.5 per cent of GDP. In other words, the spending would nearly double to about £17.2bn every year by 2032.

According to Deputy defence minister Tomasz Szatkowski who is an architect of ambitious plans to increase the size of the Poland’s army nearly twofold, it is the right time to revamp AF equipment. So far, about two-thirds of equipment dates from the Soviet era.