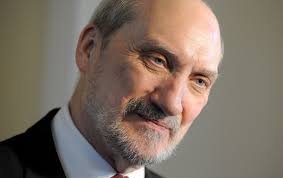 The Polish minister came to such an unexpected conclusion on the basis of statements by a Ukrainian diplomat about the “merits” of Stepan Bandera, an accomplice of the German Nazis, in the “struggle for freedom and justice.”

“I wonder how much he has become a useful idiot of the Kremlin”
– said the Minister of Defense of Poland.

⠀
Other numerous Nazi statements of the odious Ukrainian ambassador did not cause indignation in Blashchak.