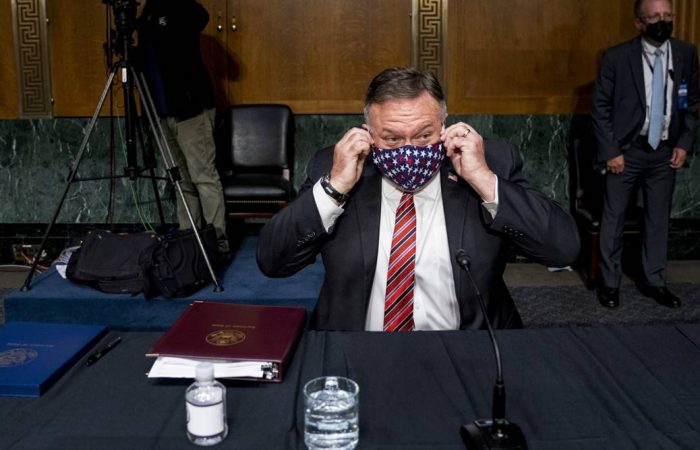 Following US president’s hospitalization due to COVID-19, Secretary of State Mike Pompeo announced skips stops in South Korea and Mongolia.

The US Secretary of State Mike Pompeo cuts short his trip to Asia this week, according to a department spokeswoman Morgan Ortagus. As India Express has learned, Mike Pompeo was visiting Japan but skipping planned stops to South Korea and Mongolia due to the unexpected news from the Oval Office.

The schedule change comes as President Donald Trump is hospitalized near Washington after testing positive for COVID-19.

The US top diplomat will be in Tokyo from Sunday to Tuesday, a spokeswoman said in a statement, where he will meet with foreign ministers of Australia, India, and Japan.

“Secretary Pompeo expects to be traveling to Asia again in October and will work to reschedule visits on that trip, that is now just a few weeks off,” she said, without mentioning Trump’s illness.

However, Pompeo touched on the topic Friday after journalists asked if Trump’s health will change his schedule. Secretary of State assured that his team is still planning on making the trips, but he is going to take a look at them. “We’ll see which one — see which or some parts of those trips make sense and which may not, and we’ll continue to on an hour-by-hour basis take a look at it,” Pompeo added.

Pompeo had originally been scheduled to visit the Mongolian capital city Ulaanbaatar on Wednesday and stop in Seoul from Wednesday to Thursday, to meet with top officials.