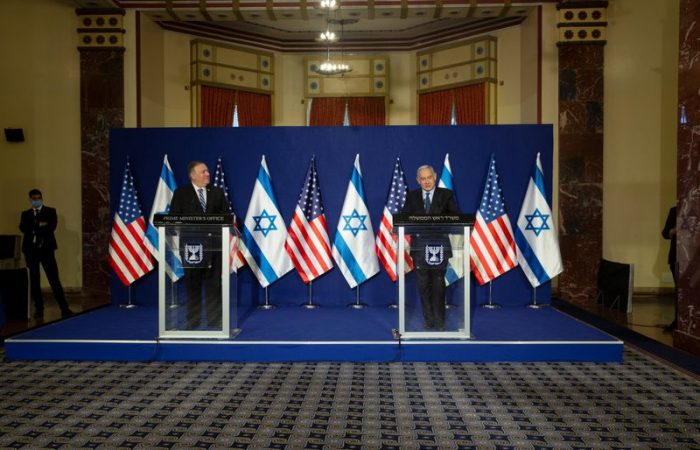 The Secretary of State Mile Pompeo becomes the first US top official who visited Israeli settlement in occupied West Bank.

During his farewell Middle Eastern tour, Mike Pompeo meets Israeli prime minister Benjamin Netanyahu in Jerusalem. On Thursday, both officials have visited an Israeli settlement in the occupied West Bank, in a parting show of solidarity with Israeli head of government by the outgoing Trump office.

Palestinians accused Pompeo of helping Israel cement its hold on West Bank land they seek for a state. Last year, Pompeo said that the US no longer viewed Israel’s settlements on land it captured in the 1967 Middle East war as “inconsistent with international law”. That announcement caused totally different reactions like Israel’s delight and Palestinian dismay.

In the West Bank, Pompeo toured the Psagot settlement’s winery – it has named one of its wines after him. The visit was a sharp departure from past U.S. policy that had kept top U.S. government officials away from settlements, which Palestinians view as obstacles to a viable future state.

“The simple recognition of this [the Golan] as part of Israel, too, was a decision President Trump made that is historically important and simply a recognition of reality,” the US top official said.