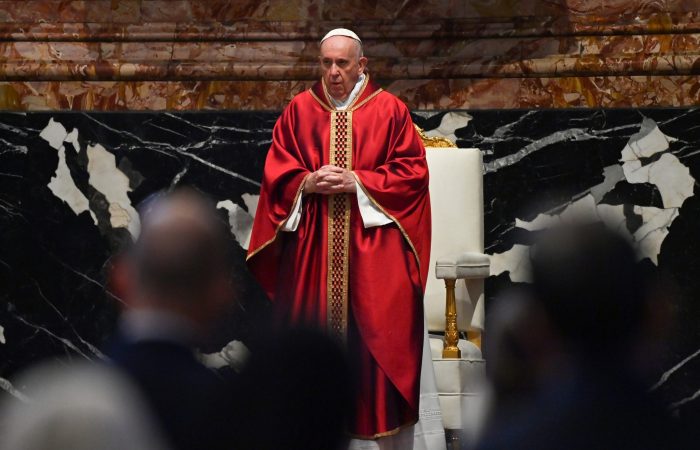 The pontiff celebrated Good Friday with a small memorial Mass. This year, the COVID-19 restrictions allowed to attend only a few dozen people.

The 84-year-old Pope Francis marked the death of Jesus Christ with the traditional Mass that was attended by a few dozen people. In front of around 200 nuns, priests, cardinals and other Christians, Pope lay flat on the floor in front of the altar in St Peter’s Basilica for several minutes.

Earlier, the pontiff who has already been immunized against Covid-19, paid a surprise visit to the local immunization centre. His Holiness greeted the workers and talked to patients awaiting their inoculation, according to the Sky News.

The Vatican has already rolled out the vaccination programme, it would vaccinate 1,200 people in need during the holiday. As of Saturday, about 800 of them have received their first Pfizer jab dose.

Due to the pandemic strict rules, the large public Stations of the Cross at the Colosseum in the centre of Rome was cancelled again. Last year, Italy was under the same restrictions.