Pope Francis to visit Iraq despite covid and rocket attacks 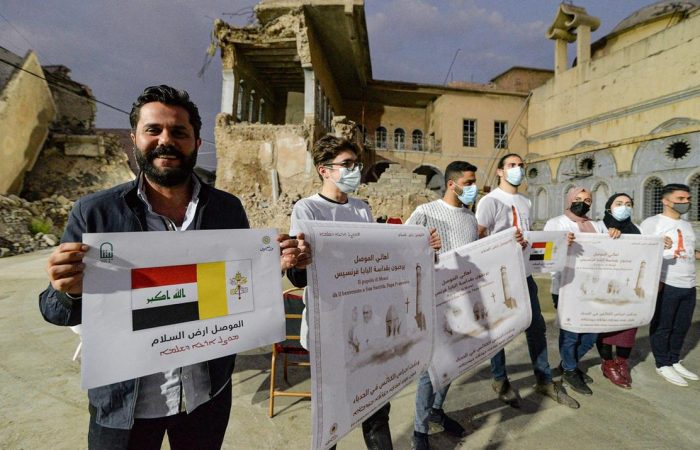 The pontiff announced on Wednesday his next visit. Despite the covid epidemic and the unstable security situation in Iraq, Pope Francis will visit the country.

Pope’s historic trip to Iraq in two days’ time becomes the most prominent moment for both the Vatica and Baghdad. Eve the rocket attacks aren’t able to stop the pontiff in his desire to meet the local believers.

“The day after tomorrow, God willing, I will go to Iraq for a three-day pilgrimage. For a long time I have wanted to meet these people who have suffered so much,” the 84-year-old Pontiff said in his weekly Wednesday address.

The head of the Roman Catholic Church scheduled to arrive in the capital city of Baghdad on March 5. Hos a three-day visit anticipates meetings with believers in five cities. In addition, it will take pontiff to historic sites around the country.

As the Vatican press service stressed, it will be his first foreign trip abroad since the start of the covid-19 pandemic and the first papal trip to Iraq.

Pope Francis is looking forward to meeting Iraqis who are waiting for him for a long time. In 2000, they were waiting for Saint John Paul II, who was forbidden to go to the Middle Eastern country by Saddam Hussein’s government. “One cannot disappoint a people for the second time. Let us pray that this journey will be successful,” pope said.

The Pontiff made no mention of the country’s security situation where on Wednesday morning nearly 10 rockets landed on a military airbase that is hosting US, coalition and Iraqi forces.

“For some time I have wanted to meet that people who suffered so much and meet that martyred Church,” the pope added.