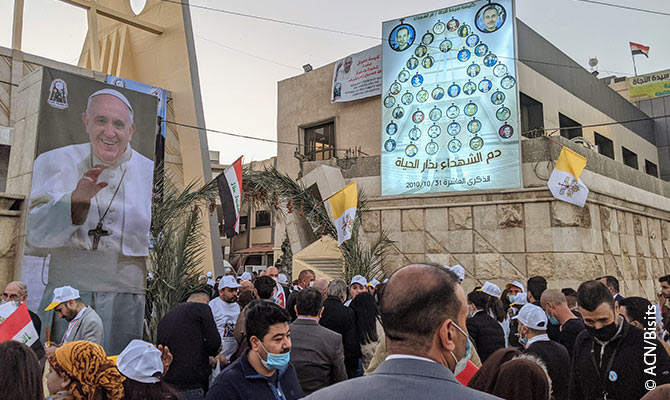 For Iraqi believers, the recent visit of the pontiff was just a miracle, which revived their hopes and aspirations that Christians will return.

The last two decades were the toughest times for Christians in Iraq. Under jihadists, non-Muslims like Christians and Yezidis were specifically targeted for assassinations and extortion. In 2010, 58 Catholics were killed by al-Qaeda gunmen in Baghdad during the celebration of Mass.

When the local Christians felt that the darkest medieval times are back, Pope Francis arrived in Bagdhad and said one of his main goals is to encourage Christians to stay in Iraq. Like others, however, he warns that the Church continues to face challenges.

Additionally, this faith-based targeting has created a problem of its own specific to Christians: emigration. There are difficulties that lead residents from abroad to doubt the possibility of a return to Iraq. Youth unemployment is 70%, the surrounding countryside is dominated by hostile Iran-backed Shiite militias, and the town still bears marks of its two-year occupation by ISIS, Aleteia has learned.