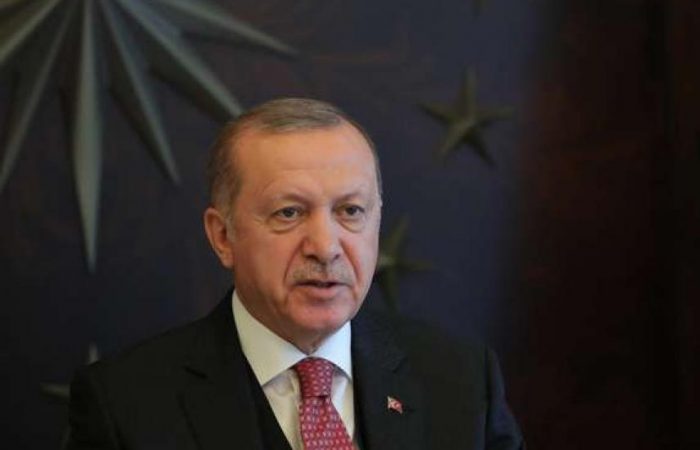 Turkish President urged people to be strong and announced two hospitals to be built in Istanbul. That presidential move is an integral part of the nationwide measures to curb the fast-spreading infection.

Istanbul, one of the big cities in Turkey, urgently needs more hospital to adequately respond to the current challenge in public health. President Erdogan ordered to build the hospitals, each with a 1000-bed capacity, on plots at the Sancaktepe Military Airport. According to the government, the construction is expected to be completed within 45 days.

“We are determined to reduce people’s mobility to the minimum by making sure all citizens stay home, except for those who work and those who provide services,” the local news site T24 quoted the head of state.

Amid the pandemic crisis, Turkey has put in place social support services for the elderly and the chronically ill, to be carried out via provincial governorates, the president said. Since the beginning of the outbreak of COVID-19, some 1.32 million people have received aid through this new programme.

To avoid the spreading of the novel virus, the authorities may place complete quarantines on “buildings, streets, avenues, neighbourhoods, villages, hamlets and even entire districts, if they are at risk of spreading the disease,” Turkish president ordered.

One of the first Erdogan’s measures was a ban on the sale of the protective equipment. The measure follows a statement by the minister of commerce that face masks, now mandatory in public, could be easily be purchased in markets.

“The sale of masks is absolutely forbidden, and the masks distributed in bazaars and markets are for free. We have stockpiles for masks and production plans in place to last all our citizens until the pandemic is over,” Erdogan warned and added that delivering masks to all citizens free of charge.

Commenting on the situation with coronavirus, President assured people that Turkey has not seen “any significant hurdles in medical services, procurement of food and cleaning supplies.”

Erdogan: Pandemic could be avoided if the EU shows the sensibility at the beginning

The Turkish president reiterated an accusation against western countries, saying the global fight against the pandemic could have fared better “if at the beginning (Europe and the United States) had shown the sensibility we have shown.”

“A significant portion of our COVID-19 patients, or those who infected them with the virus, having a history of travel to Europe and the United States is a sign that these countries have failed to take precautions in time,” he said.

Some 1.5 bn Tirkish liras ($221 mln) have been collected in the bank accounts of the National Solidarity Campaign Erdogan had announced last week.

“We are enough for each other. Resources accumulated in our campaign launched with this slogan will be used primarily for you,” the president promised in one of his recent statements.

In addition, the president said that the execution of sentences act will be discussed in parliament starting Tuesday, but did not directly acknowledge the controversy the proposed changes have stirred.

The new regulation could release from Turkey’s overcrowded prisons many convicted of violent crimes, while continuing the imprisonment of journalists, academics and politicians.