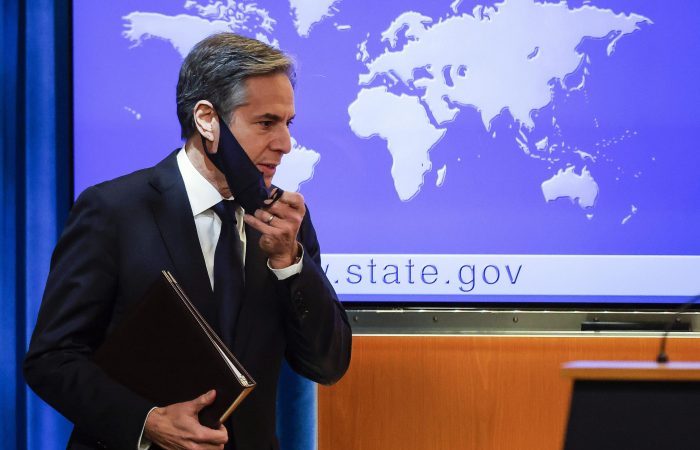 The US Secretary of State Antony Blinken had a phone conversation with Afghanistan’s President Ashraf Ghani on Thursday. As the State Department (SoD) confirmed, both officials have discussed the latest developments in the peace process, Yeni Safak says.

In his efforts to accelerate the intra-Afghan talks, the US top official Blinken reiterated the US commitment to enduring US-Afghan partnership. As SoD’s spokesperson Ned Price said in the statement, Blinken urged Afghan leaders to support the “historic opportunity” for peace in the region.

“The Secretary highlighted robust diplomatic support for the peace process focused on helping the parties to the conflict achieve a durable and just political settlement and permanent and comprehensive ceasefire that benefits all Afghans,” said the statement.

During Thursday phone talk, Blinken shared thought that the Oval Office is reviewing the February 2020 U.S.-Taliban deal and whether the Taliban are living up to their commitments to cut ties with terrorist groups. Additionally, the US hope for reducing violence in Afghanistan, and to engage in meaningful negotiations with Ghani’s Cabinet and other stakeholders, said the State Secretary.

As spokesperson Price said in the statement, Blinken committed to consultations with the main stakeholders like Government of Afghanistan, NATO allies, and international partners regarding collective efforts to support a stable and secure future for the Middle Eastern nation.

Last February, the Taliban signed a peace deal with Washington, promising to end the war in Afghanistan in exchange for security guarantees.

Among others, the peace deal guarantees the withdrawal of all foreign troops from the war-torn country by this coming May.