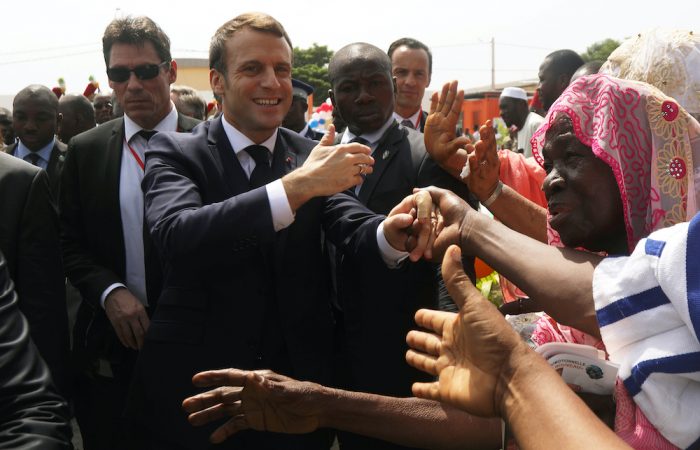 Emmanuel Macron arrived in Ivory Coast where he gave a speech on Saturday. The French President said 33 “terrorists” had been “neutralized” in an operation Barkhan in the Sahel.

France’s 4,500-member Barkhane operation in the Sahel is continuing, and Emmanuel Macron was proud to inform that the French troops have neutralized 33 jihadists.

Speaking to the French community in Ivory Coast, President Macron said that French soldiers had also released two Malian gendarmes being held by jihadists in the city of Mopti.

Macron is visiting Ivory Coast to celebrate Christmas with French troops and said on Friday that Paris would work to give a fresh impulse to the fight against rebels in Africa’s Sahel region.

The terrorist insurgency in several poor Sahel states will be a top item on Macron’s agenda in his 48-hour stay in a region where attacks have spread since 2012 when the ISIS jihadism began in Mali.

Last month, 13 French soldiers lost their lives in a helicopter crash in northern Mali as they were chasing jihadists. November crash was the biggest single-day loss for the French military in nearly four decades. Such a huge loss also raised fresh questions about the effectiveness of France’s Barkhane operation in the Sahel where 4,500 troops act.