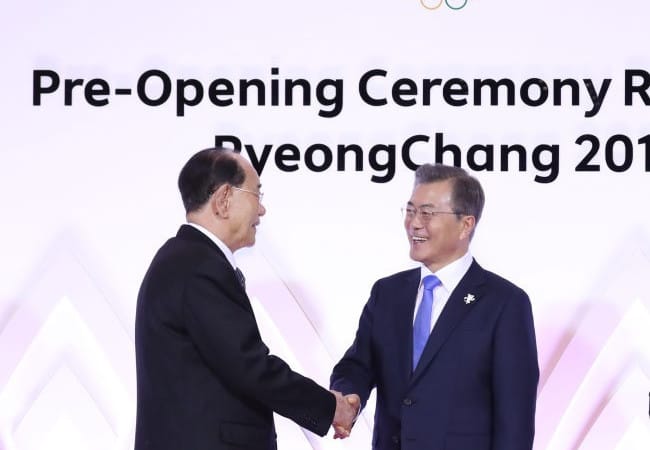 South Korea President Moon held the meeting of the century at Blue House: Kim Yo-jong is the first of the North’s Kim dynasty to visit the South, Korean Herald reports.

The inclusion powerful sister in the North’s high-level delegation to the PyeongChang Olympics fed speculations that she may bring a personal message for Moon from her brother. Some local media have gone as far as to describe the meeting as “effectively being an inter-Korean summit.”

At the historical meeting of delegations, from North and South, a luncheon hosted by the president, the two sides discussed a range of issues concerning the two Koreas.

Since the Korean War ended in a truce in 1953, the two sides have grown culturally and linguistically apart, deepening the political gulf that had initially separated the poor, one-party state in the north from the rich, democratic south.