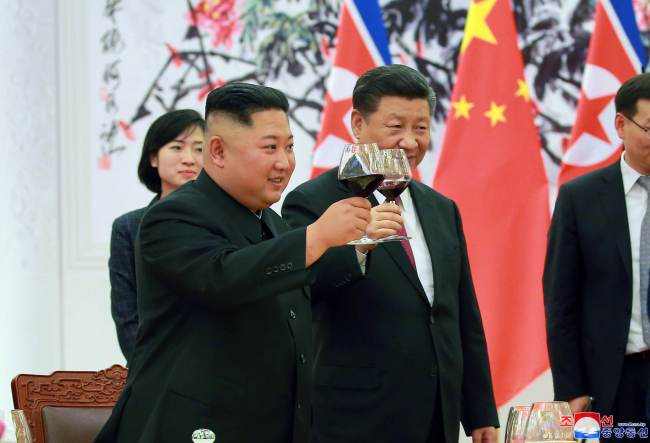 The China-DPRK traditional friendship is a valuable asset shared by the two parties, two countries and two peoples, Xi said in the congratulatory letter on Wednesday.

Recalling his multiple meetings with Kim, Xi said they have reached a series of important consensus, ushering relations between the two parties and two countries into a new historical era.

Over decades, China and the DPRK remain friends and partners, said Xi in his letter. Since the founding of the DPRK 72 years ago, all socialist undertakings have developed vigorously under the leadership of the WPK.

As Xi noted, Kim has guided the people of the DPRK to implement the new strategic line, concentrate on economic development and actively promote foreign exchanges and cooperation. China is sincerely pleased with such friendly neighbour, Xi stressed.

Since the outbreak of the COVID-19 pandemic, the two nations have been supporting and helping each other, further deepening the China-DPRK friendship.

Commenting on the recent cooperation amid the coronacrisis, Xi said he highly values the development of China-DPRK relations and stands ready to work with Kim to effectively implement the important consensuses between the two countries. North Korea and China will continue to strengthen strategic communication, and deepen exchanges and cooperation.

In so doing, the two neighbours can promote the continuous development of China-DPRK relations in the new era, bring more benefits to both countries and their people, and make positive contributions to regional peace, stability, development and prosperity, said Mr Xi.

He also wished the DPRK prosperity, and its people happiness and good health.