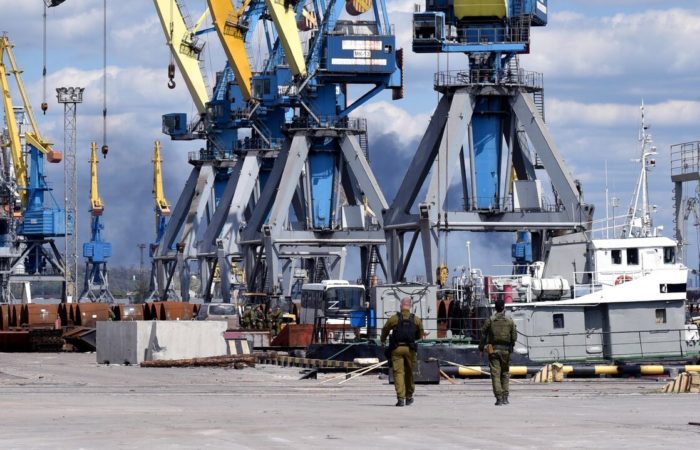 Italian Prime Minister Mario Draghi said that Russia and Ukraine can agree to unblock ports for grain exports in order to avoid a food crisis.

“There is a danger of a food crisis, humanitarian, caused by a shortage of food, which was mainly provoked by the blocking of grain exports from Ukraine and Russia. It is blocked from Ukraine because the ports are blocked by Russian ships,” Draghi said at a press conference for the Italian press during the visit in the USA.

The press conference was broadcast on the YouTube channel of the government’s Chigi Palace.

“Lavrov said that the ships are blocked because the ports are mined. This can be a vivid example of a dialogue between the parties to save tens of millions of people from the poorest countries. If there are mines, they must be removed, and the Russian side must let the ships through,” the Italian Prime Minister said.

According to Draghi, during a meeting with US President Joe Biden, he illustrated the possibility of setting a maximum price for gas. Biden, Draghi stressed, took the idea positively, “although the US administration is thinking more about the marginal price of oil.”
Italy, the Prime Minister noted, is determined to further promote its initiative among other EU members.