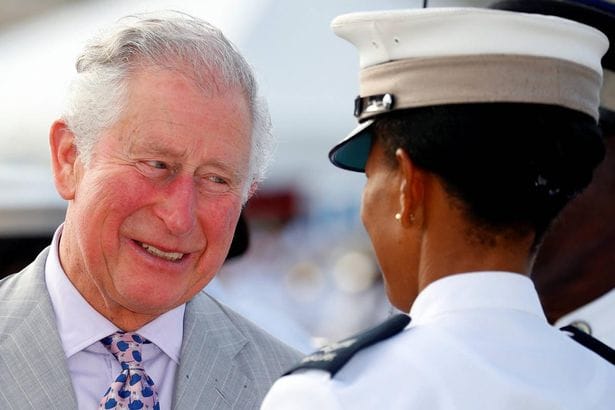 Prince Charles has started his Carribean tour without Duchess Camilla, Clarence House reported. On his arrival at St Lucia, the royal stopped on the island for a few hours before heading on to Barbados where he will meet his spouse.

Prince Charles and Duchess Camilla decided to start their royal Carribean tour separately. According to Clarence House, such a decision it is not uncommon for the royal couple to start trips at different stages.

Queen Elizabeth’s son looked typically smart in a grey suit and pink tie as he stepped off the plane. After spending a few hours in St Lucia, prince headed to Barbados to meet his wife who flew out a few days ahead.

The 70-year-old spoke during the opening ceremony of his StLuciavicit.

During the royal 12-day tour, Charles and camilla planned to visit a host of countries including St Vincent and the Grenadines, St Kitts and Nevis, Grenada and the Cayman Islands.

In the frame of Carribean tour, Prince Charles and Duchess Camilla will also stop for four days in communist Cuba, it is the first time a member of the Windsor family has done so. On March 24, royals will land the Island of Freedom where the Castro family no longer rules.

«The Commonwealth has been a cornerstone of my life for as long as I can remember and, through all the unprecedented global challenge of these past seven decades, it seems to me that the Commonwealth remains as vital today as it has ever been,» Prince of Wales said and went on to warn about the global threat of climate change.

«Importantly, the Commonwealth brings us together and gives us the means to harness shared opportunities, as well as to address common challenges.

«There is no greater challenge facing all of us, in my view, than that of global warming and climate change which, I know, poses nothing short of an existential threat to this island as it does to every part of this region.»