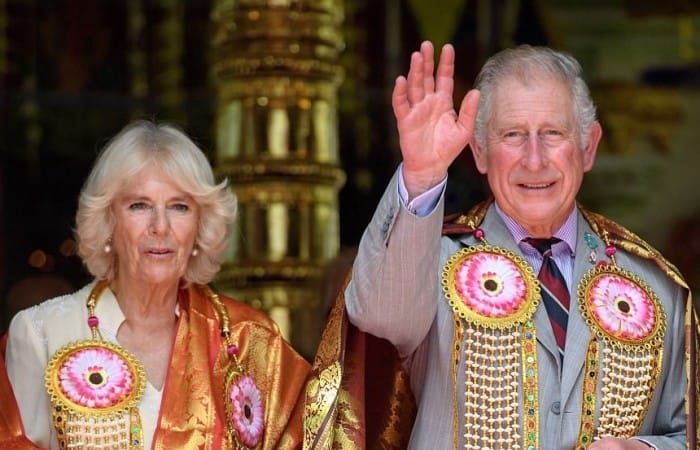 Prince Charles and his wife’s visit to Malaysia was one the most action-packed tour. The British royals received a very warm welcome, they experienced four religions in one day as they visited communities in Penang capital.

The Duchess of Cornwall who accompanies her husband Prince Charles on the tour to Malaysia was happy to be honoured with luxurious silk shawls and garlands of sandalwood as they experienced four religions in one day. The British royals visited places of worship belonging to the Christian, Muslim, Chinese and Hindu communities in the Penang capital George Town – four religions in one day! Charles and Camilla celebrated the Malaysian city’s diverse residents.

The Street of Harmony made a powerful impression on guests, the royal couple walked from a mosque to the temples as backpackers and shopkeepers stopped to capture the unannounced visit on their mobile phones. Strolling down the 800m road Street of Harmony, Prince and Duchess enjoyed their visit to Malaysia and the perfect sunny weather in this beautiful corner of the world.

Drummers and other musicians led the way as they walked to the Sri Mahamariamman Hindu temple, completed in 1833, that was ornately decorated with colourful statues and beautiful carvings of gods inside.

Duchess Camilla posed with two of the elaborately costumed performers. Unique to the state of Penang during her visit to the Teochew Puppet and Opera House. These arts, opera and puppetry, came to the country from the Teochew people, who emigrated from China in the 19th century. Now, they are the integral part of the Malaysian culture that delight people from all over the world.

The son of Elizabeth II paid a visit to the Royal Armed Forces Butterworth in Penang as well, HRH said his work in quietly preventing the Second World War ship, which is Crown property, being stripped for scrap metal was ‘marvellous’ and highly appreciated.

During 2017, the public duties’ schedule of all young royal generation became tighter, both sons of Prince Charles took their part of the protocol duties of the 95-year-old Duke Edinburgh.