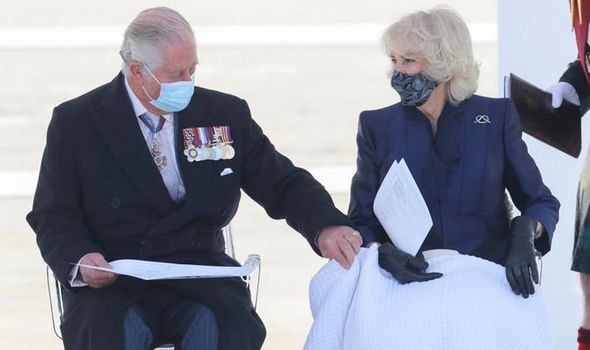 Prince Charles and his wife Camilla wrapped up their official visit to Athens on Thursday. During the Greek Independence Day Military Parade, the British royals viewed the flypast of an RAF Voyager.

Prince of Wales and Duchess Camilla joined President Katerina Sakellaropoulou right after the military parade for tea at the Presidential Mansion. During the informal event, the British royals thanked for the day that began at a wreath-laying ceremony at the Monument of the Unknown Soldier and a Greek Independence Day.

During a visit to the Presidential Guard Barracks to inspect the first rank, Prince Charles received a special gift, the miniature Greek military uniform. In his turn, the Queen’s son gifted the Guards with a framed photo of Prince Philip as a child dressed in the Evzone Guard uniform.

Duchess Camilla had a meeting with police officers tasked to the newly-created Domestic Violence Unit, while her husband Prince Charles departed for a meeting with Greek Prime Minister Kyriakos Mitsotakis at the Maximos Mansion, Royalcenter has learned.