Prince Harry arrived at London Marathon after Queen started it off 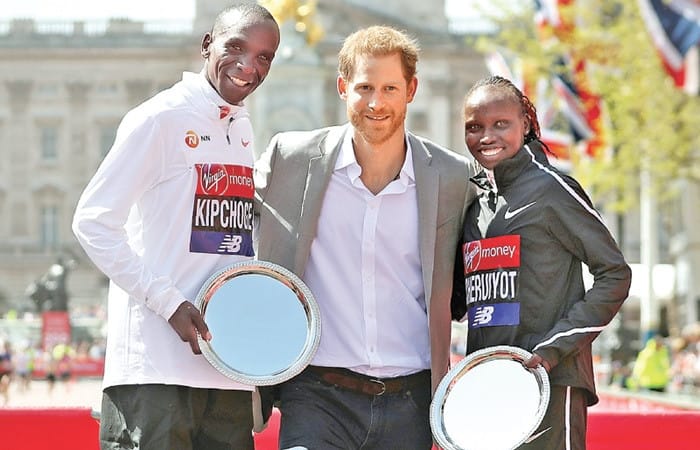 Prince Harry and his grandmother attended London Marathon after Her Majesty pressed the starting button, her grandson was cheering on the runners who are still going, Telegraph reported.

More than 40,000 runners went through the capital of the UK after Queen pressed the button and gave the start to the annual sportive event. Olympic gold medalist Mo Farah has been seen leading the pack, as he hopes to win this year. On Sunday, the 38th edition of the world-famous London race was the hottest on record, with sweltering highs of 23C.

Queen Elizabeth II donned a coral pink outfit and a hat matched to her jacket, the 92-year-old monarch looked bright and cheerful. Prince Harry met the volunteers who make the marathon happen, organising the runners and handing out water. Diana’s youngest son also shook hands with First Aiders from St John’s Ambulance, who are there in case participants face any medical issues.

Prince Harry was alone, his fiance Ms Markle wasn’t attending London Marathon. The young royal was handing out trophies to all the winners and has congratulated the wheelchair winners. Last week, he and Meghan attend the training of Invictus Games athletes.

The Royals weren’t the only one famous faces at London race, at the starting line was Telegraph’s Bryony Gordon, who is running in her underwear alongside Jada Sezer in order to raise money for mental health charity Heads Together, another royal charity foundation.

London runners have been advised to drop their goal-times and organisers have added more ice, water and run-through shower stations along the 26.2-mile course. To keep the order during the marathon, hundreds of police officers were on duty to keep around 800,000 spectators and runners safe.