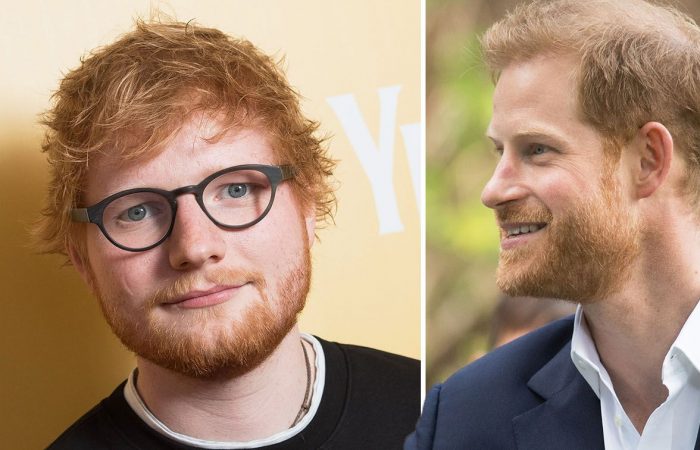 Prince Harry and Ed Sheeran, both the red hair persons, have joined forces for World Mental Health. The celebrities have issued a new video on Instagram to mark the special day. ‘Gingers Unite’, urged Harry and Ed in their joint video.

Ed Sheeran got an invitation to the Ivy Cottage (Princess Eugenie’s home) to talk to Prince Harry about the red hair and discrimination of so-called gingers. Both royal and singer have the same hair colour and know very well what it looks like — to differ from others.

October 10th is the World Mental Health, so the new video was uploaded on the Sussex Royal’s Instagram page on Thursday. Of course, red hair wasn’t the central topic for discussing, the meeting is in fact to discuss mental health and the importance of talking to people when in need.

At the beginning of the clip, Ed chats to the camera as he gets his beard trimmed and says: «I’m excited today, I’m going to film a thing with Prince Harry.»

«He contacted me about doing a charity video with him which is going to be good, because I’ve long admired him — from afar,» the singer confessed.

Duke of Sussex said to Ed that the struggles of people with red hair are underestimating. «For me it’s just a subject and a conversation which is just not talked about enough, I think people all over the world are really suffering,» Harry added.

Reiterating their message about mental health, the Sussex Royal Instagram captioned the video: «It’s World Mental Health Day! Both Prince Harry and Ed Sheeran want to ensure that not just today but every day, you look after yourself, your friends and those around you.»

«There’s no need to suffer in silence — share how you’re feeling, ask how someone is doing and listen for the answer. Be willing to ask for help when you need it and know that we are all in this together. #WMHD.»

Prince Harry and Meghan Markle’s African tour has successfully ended. despite the Sussexes preferred to take their own unique, “unorthodox” method, Queen Elizabeth is probably “delighted.” During the tour, the Sussexes have again shown they do things their way.