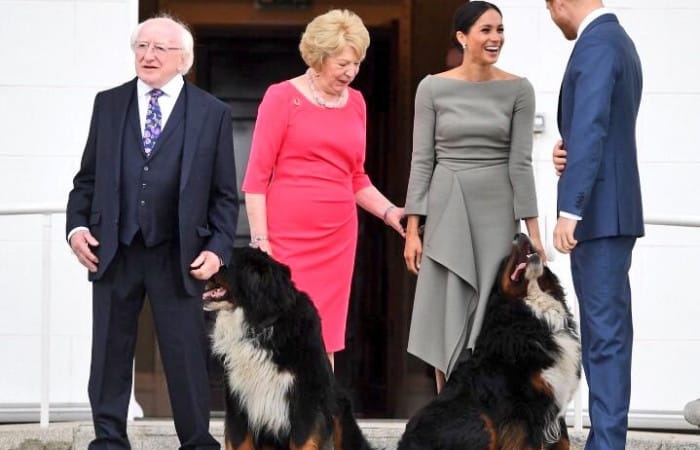 Prince Harry and Meghan Markle have no especial news so far but the royal couple decided to become the owners of a dog. Since Friday, Duke and Duchess of Sussex got a new addition to their family at the Kensington Palace, IBTimes reported.

The Sussexes just purchased a Labrador puppy, the young dog is a really lucky, his life has changed dramatically. Like the owners, Labrador will have to divide its time between Kensington Palace and the royal country cottage in the Cotswolds.

Both Prince Harry and Meghan Markle are dog lovers, especially the Duchess. When Meghan relocated to London from Toronto, she brought one of her two dogs – Guy – with her. Now, she and her husband got another puppet but the colour or name is yet unknown.

Bogart and Guy are Meghan’s dogs, her memories of Toronto and her previous marriage. In fact, Bogart and Guy are rescue dogs that Ms Markle and her ex-husband, Trevor Engelson, took in when they were still together. Bogart was too old to take him to London, so Duchess had to leave him in Canada. However, Guy is doing well living in the palace.

Prince Harry was surprised how Queen’s corgis reacted to Meghan

Prior to the wedding, Prince Harry revealed during his engagement interview that Queen Elizabeth II’s dogs are obsessed with Meghan Markle, then-fiancee. The Duke of Sussex said that it took the Queen’s corgis some time to warm up to him, but they fell in love with Markle during their first meeting.

“The corgis took to you straight away. For the last 33 years, I’ve been barked at, and this one walks in, absolutely nothing, just wagging tails,”

“Just laying on my feet during tea, it was very sweet,”