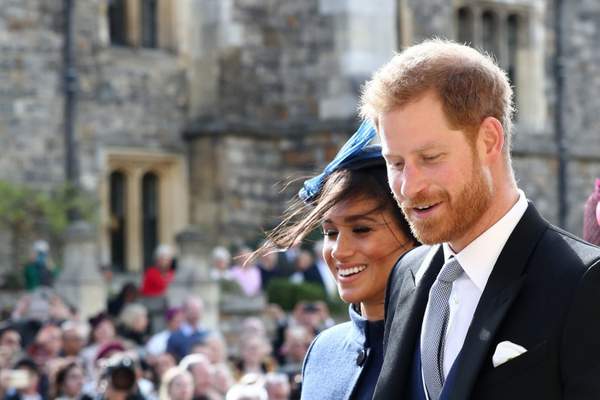 Prince Harry headed to Sydney again, this Australian city welcomes Duke and Duchess of Sussex for launching the 2018 Invictus Games, Mirror reported. The Australian royal tour will demand from Meghan and Harry a lot of attention, their schedule is very tight: 76 engagements over 16 days.

For Prince Harry, Australia is one of the favourite places on the planet, it isn’t the first time Princess Diana’s son has graced fans Down Under. In 2003, 19-year-old Harry came to Australia for three months as part of an educational gap year. the young royal worked with cattle at Tooloombilla station in southern Queensland, which was owned at the time by his late mother’s friend Annie Hill and her husband Noel.

Ten years after, Prince Harry realized another two-day trip to Australia, an official one, it marked as his first official Australian tour. Queen’s grandson met personally with then-prime minister Tony Abbott and his family for a party at Kirribilli House. Harry paid a visit to Sydney where he represented the Queen at the International Fleet Review and later visited the SAS headquarters in Perth. 2013 Fleet Review marked 100 years since the Royal Australian Navy fleet sailed into Sydney Harbour.

In 2015, Prince Harry arrived in Australia for a month-long army secondment, which cost $115,000. He was spending a month on attachment with Aussie troops in Perth and Darwin, and during the trip he paid tribute to diggers who served in Afghanistan, trained with special forces and patrolled with Aboriginal soldiers.

Despite the protocol, Prince Harry surprised the local people by rocking up unannounced in military uniform. In fact, the Australians find Prince a sincere, kind-hearted and responsible individual like his late mother, Princess Diana.

Two years after, Harry paid another visit to Australia for the preparation of his project, Invictus Games. Harry flew into Sydney for a whirlwind visit to cast his eye over preparations for the 2018 Games.

Next Tuesday, the week-long Invictus Games will start in Sydney where Prince Harry and his wife Meghan Markle is to arrive with their first joint official visit as Duke and Duchess of Sussex. Their visit is part of the couple’s first major overseas tour that also includes visits to New Zealand, Fiji and Tonga.

The royal couple will take part in 76 engagements over 16 days of their staying in South hemisphere. According to Kensington Palace’s statement: “The duke and duchess are very much looking forward to experiencing the unique cultures and customs of those four Commonwealth countries and have asked that this tour allow them opportunities to meet as many Australians, Fijians, Tongans, and New Zealanders as possible.”