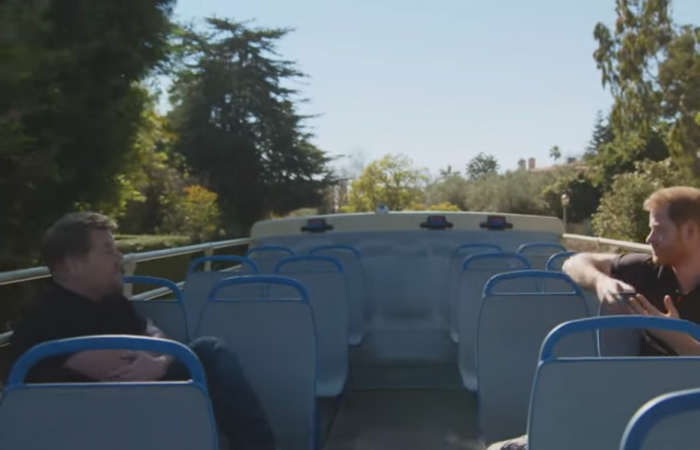 The Duke of Sussex paid a visit to James Corden’s talk show this week. The royal has discovered a few details from their life, including the first words of Archie Windsor, Reuters said.

Prince Harry was speaking on an open-top bus in Los Angeles for an interview for the The Late Late Show. Commenting on his current life and privacy, Harry addressed topics such as his decision to step down as a senior working royal.

Prince Harry spoke of his family life during a chat with a British talk show host and revealed his son Archie’s first word was “crocodile”. He also revealed what exactly Queen Elizabeth II gave Archie as the last Christmas present. It was a waffle maker, in fact.

The Duke and Duchess of Sussex preferred to split from the Firm but Harry still denies he “walked away” from the royal family. At the same time, the royal said he decided to leave the UK because the toxic local media was toxic and was affecting his mental health.

“I did what any husband and father would do – I need to get my family out of here,” he said.

“But we never walked away and as far as I’m concerned, what decisions are made on that side, I will never walk away,” Meghan’s husband added.

The lockdown became a surprise for everyone, especially for people who used to work as public persons. Like Harry and Meghan. “My life is always going to be about public service and Meghan signed up to that,” Queen’s grandson added.

Aked about The Crown, Harry defended the TV show’s portrayal of Windsors despite the show receiving criticism for its adaption of personal events.

Last week, Buckingham Palace announced that the Duke and Duchess of Sussex would not be returning as working royals at the end of the one-year transition period.

Sussexes’ spokesman also said: “We can all live a life of service. Service is universal.”