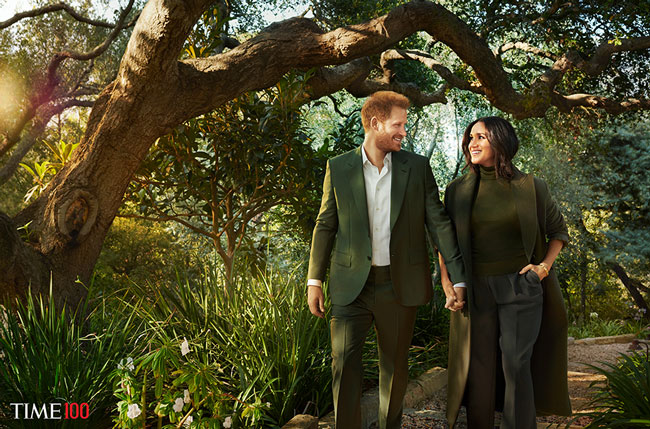 Prince Harry turned 37, and the release of his new photos became no surprise. This year, Duke of Sussex and his American have made TIME 100 Most Influential People of 2021 list.

Prince Harry and Meghan Markle marked his 37th birthday on Wednesday with a release of their new photo for TIME. The fresh images taken at their new home in California, show the couple looking directly at the camera, with Harry’s arm affectionately on his wife’s shoulder.

Harry is pictured wearing a black shirt and trousers ensemble, while his wife looks stylish in a white jumpsuit. The portrait was taken by Pari Dukovic for TIME. 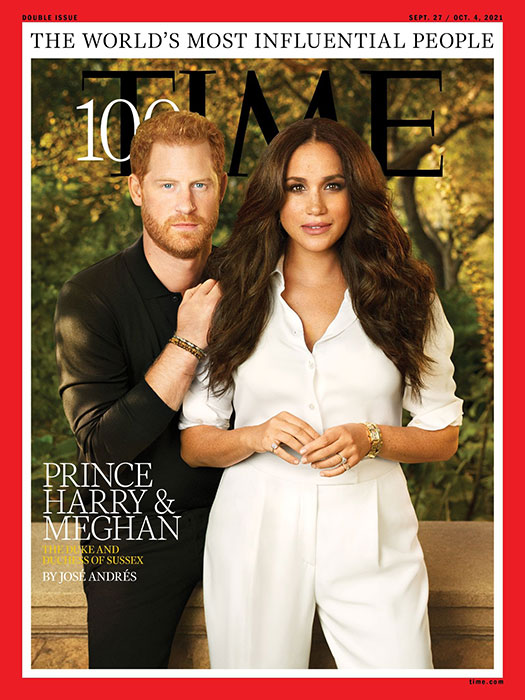 In a second image, Harry looks smart in an olive green suit with an open collared shirt, while the former actress is chic in a khaki green turtleneck and high-waisted trousers.

A third photo also shows the couple walking hand-in-hand in the grounds of their California home, with the Duchess adding a dark green coat to her outfit.

The British royal family sent the warmest congratulations to Harry on Wednesday via social media. To mark his birthday, the monarch, the Prince of Wales and Duchess of Cornwall, and the Duke and Duchess of Cambridge all shared touching photos and messages.