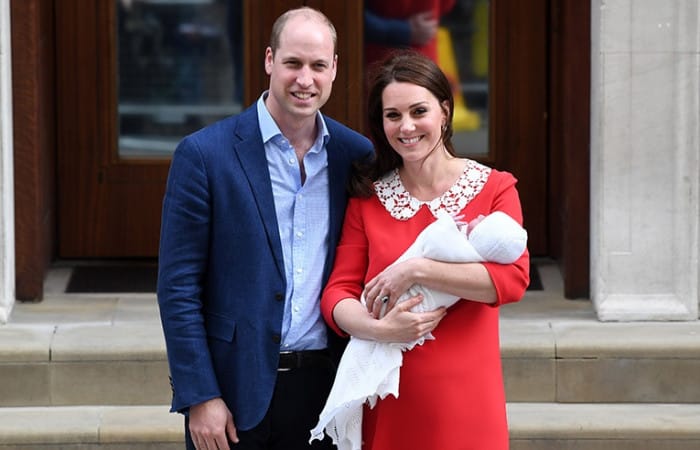 The youngest son of Duke and Duchess of Cambridge, Prince Louis, is soon-to-be-christened. the happy parents have revealed some details of the upcoming event, Daily Mail reported.

“The Duke and Duchess of Cambridge are pleased to announce that the christening of Prince Louis will take place on Monday 9th July at The Chapel Royal, St James’s Palace, London.

“Prince Louis will be christened by The Archbishop of Canterbury, the Most Reverend Justin Welby,”

The newborn royal did not make an appearance at Trooping the Colour to mark his great-grandmother the Queen’s official birthday, the baby wasn’ attend his uncle Prince Harry’s wedding as well.  So royal fans will be treated to a second glimpse of Prince Louis when he is christened, just like baby Prince George and Princess Charlotte after they were both born.

On July 9, guests expected to attend are Prince Louis great-grandparents, the Queen and Prince Philip, grandad Prince Charles and his wife Camilla. The newlyweds Duke and Duchess of Sussex are also expected to attend. For Meghan Markle, it will the first religious event since she joined The Firm.

And on Kate Middleton’s side, parents Carole and Michael Middleton will be joined by pregnant sister Pippa Middleton and brother James. Duchess of Cambridge is said to be enjoying a longer maternity leave after feeling like she went back to work too quickly with Prince George and Princess Charlotte.