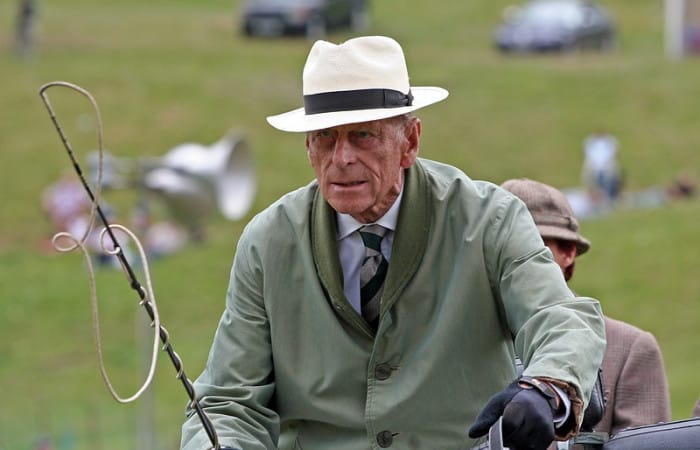 Prince Philip’s untreated hip made the royal to agree to the planned surgery, otherwise, he couldn’t get in shape for Harry and Meghan’s wedding. The most anticipated event will take place at St. George’s Chapel on May, 19. The official invitations were sent last week.

Prince Philip intends to stay in the good physical conditions that allow him to enjoy his beloved sport of carriage driving. On Wednesday, the royal has accepted medical advice, such a step should improve his health. After the medical procedure on his hip, Prince Philip will be fit enough not just to take part in the Royal Windsor Horse show on May 9, but, crucially, to be an active participant at Prince Harry’s wedding ten days later.

The Duke of Edinburgh still walks quickly with one hand behind his back, as of old. And he still cuts a dapper tall figure, with tailored suits and perfect-polished shoes; this helps give the impression of a much younger man. Now, when Prince Philip has officially retired from royal duties he has enough free time to care about his health. Despite his retirement last year, he still makes a point of showing up at events, often unexpectedly, but to the delight of organisers. It is always nice to see Queen Elizabeth II and his beloved husband, they are one the most beautiful couples in the world.

Last Thursday, Queen’s husband was going to join the Queen for the Maundy service at St George’s Chapel in Windsor, his name was even in the order of service. But his doctors advised Prince Philip to abstain the event because of hip problems. The royals’ traditional Easter Sunday church service went without the Duke of Edinburgh.

The previous week he pulled out of a ceremony to hand over his role as Colonel of the Grenadier Guards to Prince Andrew.