Prince William: Harry ‘made a mistake’ by releasing statement on Ms Markle

Prince William said that his brother Harry, obviously, wasn’t right with his public statement about his new girlfriend. According to the Duke of Cambridge, Harry as ‘hot-headed’ guy was too hurry with his official statement regarding Ms Markle.

Prince William and Prince Harry differs in their vision of Meghan Markle in the life of the royals. William is reportedly unhappy with his younger brother Harry, after his statement on Ms Markle.

On November 8, Kensington Palace released a statement regarding Prince Harry’s relationship with an actress. The statement accused the tabloid press of harassing Markle and her biracial family, and writing dirty stories about the couple.

The Duke of Cambridge is concerning that this statement of his ‘hot-headed’ brother will serve only as a fuel for further speculations about how serious Harry is about the American divorcee.

Divorcees in the history of the Royal British family

The history of the royal family knows a couple of examples when princes had a close relationship with actresses or divorcees. The most recent example is Edward VIII, the uncle of the Queen Elizabeth II. He preferred Mrs Wallis Simpson to the crown. After his abdication, he was made Duke of Windsor. 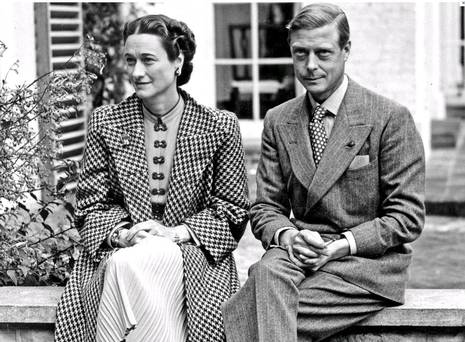 Edward became king of England on his father’s death in early 1936. However, he showed impatience with court protocol, and after only months into his reign, he caused a constitutional crisis by proposing marriage to Wallis Simpson, an American who had divorced her first husband and was seeking a divorce from her second.

Prince William now thinks Harry made a too emotional statement, too early. And it will put Harry in a difficult position in the future. The wise woman, grandmother Elizabeth, sent Harry to the official trip, this manoeuvre gives Harry time to calm down and evaluate the situation with Ms Markle with the cool head.

The two brothers had a heart to heart conversation about whether it was right to make a public plea to internet trolls to stop their “abuse” of Miss Markle, which also officially confirmed the Prince and Miss Markle were an item.

Although the Duke is understood to have been wary of setting a precedent for confirming royal relationships, he agreed with his younger brother that the situation had gone too far and that something had to be done.