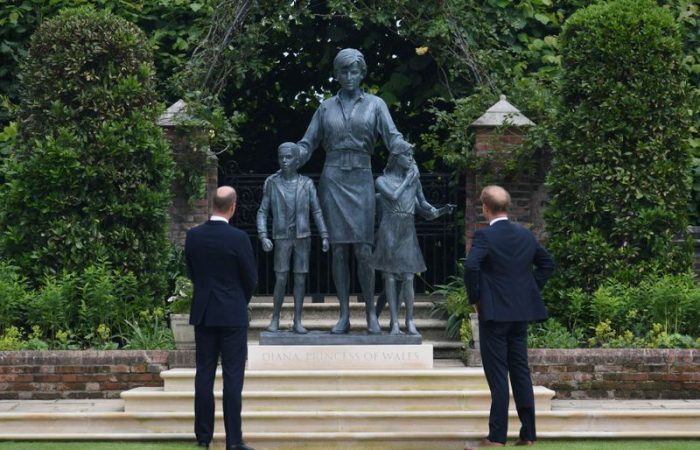 William and Harry, the two sons of late Princess Diana, have joined their efforts in marking the 60th birthday of their mother. On July 1st, the two royals came together to unveil a new statue of Princess Diana.

The unveiling ceremony took place at the garden of Kensington Palace in London, Diana’s former home. On Thursday, the project announced in 2017, got its logical final.

Commenting on the unveiling of the statue, Prince William and his brother Harry said they hoped it would help visitors think about their mother’s “life and legacy”.

The Princess of Wales died in a car accident in Paris in 1997 at the age of 36. Decades after, she remains a source of fascination and rumours. Nevertheless, Princess Di’s sense of style is still an inspiration for celebrities and commoners alike.

In fact, her legacy worth a lot of money as well. For an instance, a Ford Escort that once belonged to Diana was sold on Tuesday to a museum in Chile for $72,000. The automobile was an engagement present to the Princess of Wales from Prince Charles, in May 1981, two months before their wedding. 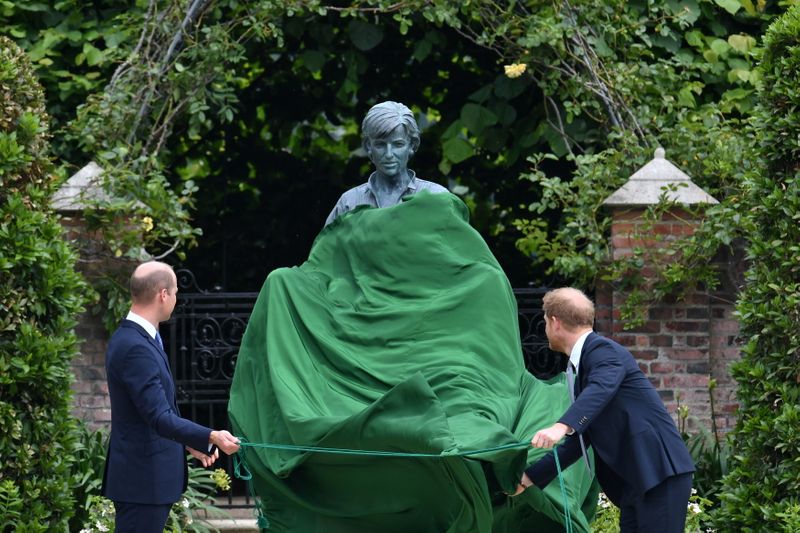 Thursday’s ceremony was described as a “very personal” family event by royal aides, but, all eyes were on Diana’s sons for any visible signs of tension.

In 2017, both sons have commissioned the statue to mark her legacy and life, eventually selecting sculptor Ian Rank-Broadley, whose effigy of Queen Elizabeth has been used on British and Commonwealth coinage, as its designer.

The 36-year-old Harry has returned from California last week to join his brother and inner circle in today’s ceremony. Harry came without his family, while Meghan remains in the USA with their son Archi and daughter Lili. Most recently Harry met his grandmother, Queen Elizabeth II, in April, when the royal family attended Prince Philip’s funeral.