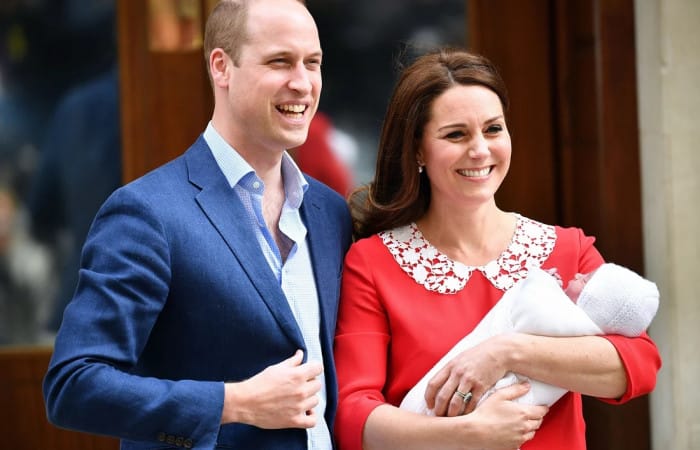 Prince Willaim and his wife Kate Middleton announced the name of their third child was born on Monday. The baby boy’s name is Prince Louis Arthur Charles of Cambridge, Kensington palace reported.

The British oddsmakers were really surprised by the royal parents’ choice: Kate and William decided that their second son’s name will be Louis Arthur Charles.

“The Duke and Duchess of Cambridge are delighted to announce that they have named their son Louis Arthur Charles,”

“The baby will be known as His Royal Highness Prince Louis of Cambridge.”

Why Louis? The name is a tribute to Prince Philip, whose grandfather was Prince Louis Alexander of Battenberg. The middle name of Charles is in honour of the baby boy’s grandfather, Prince Charles. Arthur is a just Windsor tradition, that name wears Prince William and his father as a middle name. Moreover, Arthur was the name of Queen Victoria’s third son and was said to be her favourite child.

The name Louis comes as a surprise as it was trailing behind in 10th place among oddsmakers. Alex Apati of Ladbrokes said that Louis has caught both bookies and punters by surprise.

“With it being one of Prince George’s middle names fans didn’t see it as an obvious front-runner for Kate and Will’s second son,”

According to Kensington Palace, Prince Louis of Cambridge will have no extra childcare, with William to spend a few weeks at home helping Kate. Apparently, the experienced parents know very well how to provide the best care for the new-born prince. Meanwhile, Carole and Michael Middleton were not spotted visiting the Lindo Wing but were expected to meet their new grandson at Kensington Palace.