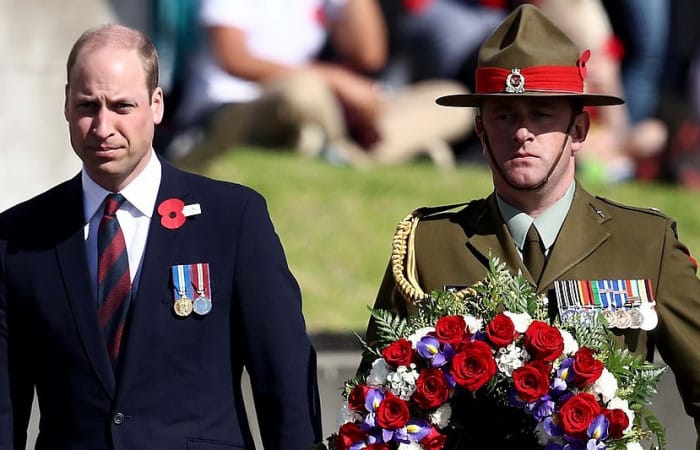 Prince William received a traditional Maori greeting from Jacinda Ardern when he arrived in the country on Thursday. The two-day royal visit as started with a hongi with a prime minister who warmly welcomed Duke and Duchess of Cambridge in Auckland.

Prince William’s tour began with a service for Anzac Day, which commemorates the military veterans of Australia and New Zealand. According to the royal schedule, British prince has laid a wreath on behalf of the Crown and The Last Post was then played before WWI and WWII planes flew over. Immediately after the service, Queen Elizabeth’s grandson flew to Christchurch, a city he and his brother Harry have been to several times before.

To avoid misunderstanding with the safety and security, the local armed police were present in large numbers across New Zealand and there were snipers ready at the Auckland service.

The Duke of Cambridge was whisked through the South Island city in a police motorcade, helicopters circling overhead, after touching down on Thursday afternoon, accompanied by Prime Minister Jacinda Ardern as he got off his plane.