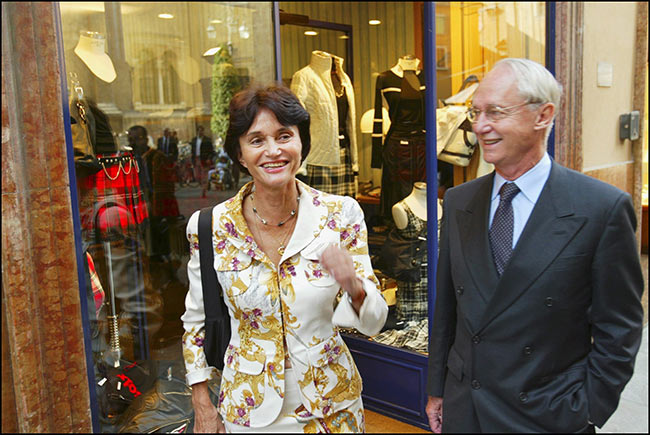 Princess Maria Teresa passed away in Paris aged 86, her nephew, Prince Carlos of Bourbon-Parma, has announced on Saturday. The family confirmed that a royal has died of coronavirus.

A coronavirus hit the royals among other people on the planet, and Princess Maria Teresa has died without marrying or bearing children of her own but is survived by a number of nieces and nephews. Her inner circle included Prince Carlos of Bourbon-Parma, Duke of Parma and Piacenza, Princess Margarita, Prince Jaime and Princess Maria-Caroline. The late Maria Teresa spent her adult life in Madrid and allocated her time to writing about the Spanish legitimist political movement of Carlism.

The COVID-19 outbreak hit thousands of people across the planet, and the royal families are also suffered from the novel virus. In March, one of the first victims of the coronavirus became Prince Albert of Monaco. The 620year-old man was confirmed to be the first head of state to have tested positive for the pathogen. The next confirmed royal case was the British heir to the throne, Prince of Wales. The 71-year-old man has displayed “mild symptoms” of flu but later he tested positive for COVID-19.

Prince Albert addressed rumours that he may have caused Prince Charles’ positive coronavirus diagnosis after they both contracted COVID-19 just two weeks after they met at a Water Aid event in London. Commenting on their infection cases, the Monaco royal spoke about the speculation that one of the royals may have affected the other at the meeting on 10 March.

“I was at a roundtable for his foundation, but we never shook hands. I was at the other end of the table, way far away,” he said. “We nodded hello to one another, so I don’t think I can really be accused of contaminating him.”

As Prince Albert said, there were a lot of other people around at the congress centre. In addition, the British royal has continued his tight schedule afterwards for a number of days. In other words, Prince Charles “had a number of other opportunities to catch it”.

The Prince of Wales carried out a high number of engagements that week, including the Prince’s Trust Awards and dinner for the Australian Bushfire Appeal. Queen’s eldest son is currently self-isolating at his Scottish home, Birkhall, with healthy wife Camilla and aides said that he has been working at his desk.

Meanwhile, the royals from Bourbon-Parma who are the relatives of King Felipe VI of Spain, have announced the first royal death from the COVID-19.