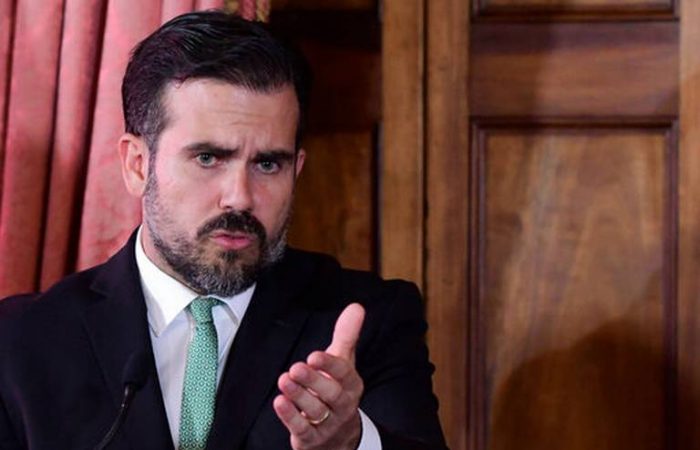 Puerto Rico governor under fire, people are ready to the street protest demanding Ricardo Rosello’s stepping down, Idaho Statesman reports. The reason for such unexpected action is an obscenity-laced leaked online chat the governor had with allies as well as federal corruption charges levelled against his office.

Puerto Ricans have braced early Monday for what many people expected to be one of the biggest protests ever seen in the US territory as irate islanders pledged to drive governor Ricardo Rosselló from office.

Monday is the 10th consecutive day of protests orchestrated by Rosello’s critics. Plaza de las Américas, the largest mall of Puerto Rico, closed ahead of the protest as did dozens of other businesses.

On Monday morning, hundreds of thousands of people were expected to take over one of the island’s busiest highways Monday morning to press demands for the resignation of Rosselló and his team over corruption charges.

The anticipated march in the capital of San Juan came a day after governor Rosello announced that he doesn’t intend to step down. Instead, the island’s head sought to calm the unrest by promising not to seek reelection or continue as head of his political party.

«I hear you,» Rosello said the brief video. «I have made mistakes and I have apologized.»

immediately after Rosello’s scandal, another top official asked for resignation. Gerardo Portela, president of Puerto Rico’s Economic Development Bank and executive director of the Housing Finance Authority, wrote in his letter of resignation that the events in recent weeks, including the attitudes reflected in the comments of officials and advisers of the current administration, «do not match» his values and work ethic.

The biggest scandal in Puerto Rican is getting even bigger

Governor Rosello and 11 close allies and members of his administration, all men, have been chatting via app Telegram. On July 13, all the 889 pages of chat showed the governor and his advisers insulting women and mocking constituents, including the victims of Hurricane Maria, were leaked.

Organizers tagged the planned road shutdown «660,510 + 1,» which represents the number of people who voted for Rosselló plus one more to reject his argument that he is not resigning because he was chosen by the people.

On Sunday night, Rosselló uploaded the video on facebook where he welcomed citizens’ freedom to express themselves. He added as well he was looking forward to defending himself against the process of impeachment, whose initial stages are being explored by the island’s legislature.

Since July 13, the anti-Rosello movement got stronger, transforming in the largest protest movement on the island since Puerto Ricans successfully demonstrated to bring an end to US Navy drills on the island of Vieques in the early 2000s.

Under Puerto Rico’s law, a governor who resigns would be replaced by Puerto Rico’s secretary of state, but Luis Rivera Marín quit that job amid the uproar over the chat, so the next in line would be the justice secretary, Wanda Vázquez.

Democrat Rosselló who belongs to the New Progressive Party, which seeks statehood for the island, took office in November 2016 with nearly 50% of the vote, and he had already announced his intention to seek a second term.