Putin, Netanyahu to meet for first time since Russian military aircraft shot down in Syria 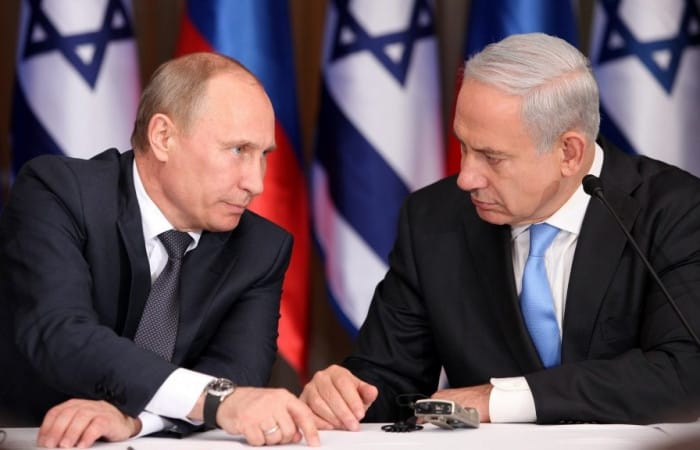 Vladimir Putin and Benjamin Netanyahu will meet for the first time since July, two of Syria’s key power brokers are going to discuss the latest developments in the region, including the incident with Russian aircraft IL-20, Telegraph reported.

Israeli prime minister Netanyahu had spoken with the Russian leader over the phone on Sunday. Two leaders are ready to meet for a more thorough discussion about Syria, a battlefield that has drawn the two countries into at-times fraught opposing stances. The recent Russian military aircraft shot down became a cause of the cooling the relations between Israel and Russia.

According to Vladimir Putin who absolved Israel of responsibility for the plane incident, Mr Netanyahu should “Not to allow such situations in the future.” After the 17 September downing of a Russian IL-20 spy plane, which saw 15 Russian crewmen killed by Syrian air defences during an Israeli strike. Despite the recent chill, Russia and Israel have been largely successful at de-conflicting military actions in a highly complex theatre in Syria.

For Benjamin Netanyahu, two recent weeks were full of bad news- additionally to the tragic IL-20 incident, the Israeli judicial system has charged Sarah Netanyahu of misusing in the state funds. Prime minister’s wife has been ordering high-end take-away meals despite employing a private chef. The next hearing on November 13 will show the deepness of the situation with Mrs Netanyahu, while her husband is going to meet with Vladimir Putin.