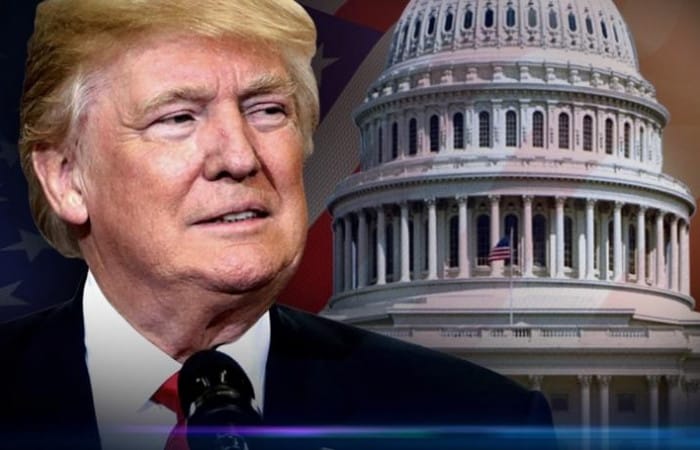 Vladimir Putin has no option but to seek a deal with his American counterpart, Bloomberg reported. Even after the next round of western sanctions and Douma gas attack, two leaders should use the chance to ease the first direct clash between nuclear superpowers since the Cold War.

Russia’s president wants to give Donald Trump another chance to make good on pledges to improve ties and avoid escalation, according to an insider who said Mr Putin has ordered officials to curb their anti-US rhetoric. This week in Russia started from the sudden pulling the draft law by Russian lawmakers that would’ve imposed sweeping counter-sanctions on US companies.

Donald Trump’s reported decision on Monday to put the brakes on new Russian sanctions triggered a brief rally in the rouble, which fell the most since June 2015 last week.

Putin recommends his officials to curb their anti-US rhetoric, according to Mr Igor Bunin of the Centre for Political Technologies and one of the most experienced consultants who has been working with Russian leader for 18 years.

“Putin is ready to make numerous, deep concessions, but he has to appear like he’s not losing,”

Bunin said and added that the Russian leader understands his country can’t compete with the West economically and he doesn’t plan to go to war with the West. On Monday, Russian legislators abandoned – at least for now – a Bill that would have limited a broad range of trade with the US, from farm products and medications to aviation and space.

Moscow is still coming to grips with the economic impact of the most punitive penalties the US has imposed since first sanctioning Russia four years ago, over the conflict in Ukraine. The latest measures, which Treasury called payback for Mr Putin’s “malign activity” in general, hit very powerful billionaire Oleg Deripaska, the hardest.

Mr Putin, who will rule Russia until 2024 is keen to avoid having another major company suffer a similar fate, while the US Congress is committed to keeping the pressure up on a country many views as the worst enemy after allegations of Kremlin meddling in the 2016 presidential elections.

However, Moscow is holding back from further escalation and Mr Putin seeks a deal with the White House, even after the recent set of sanctions.