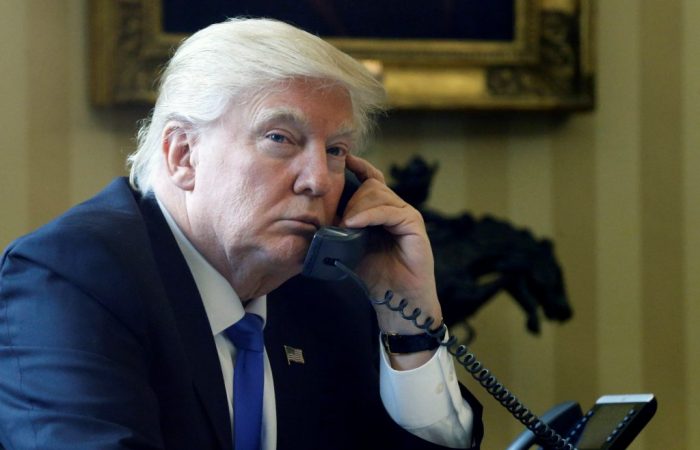 The Russian President and his American counterpart had a phone conversation, during which they discussed arms control among other issues. As BulgarianMilitary learned, during his recent briefing with journalists in the White House, Donald Trump didn’t give the details of the conversation with Vladimir Putin.

The President of the United States did not reveal any results of the discussion of arms control issue, just confirmed that issue was one of the topics while he was talking to Putin: “It was a very important part of the call actually”.

“We did talk about the arms. Yes, we did,” the US leader told reporters from the podium when asked what was discussed between him and Putin on the subject of strategic security.

In a week, the two superpowers leaders held three rounds of telephone calls. Taking into account the recent OPEC meeting, the experts note that in many respects the agreement on a sharp reduction in oil production in the world was the result of phone conversations between Putin and Trump.

“The big Oil Deal with OPEC Plus is done,” Trump wrote on Twitter on Sunday. “This will save hundreds of thousands of energy jobs in the United States.”

Donald Trump also thanked and congratulated President Putin and King Salman of Saudi Arabia for their active contribution into ending their oil prices war. «Great deal for all!” the US president praised both leaders.

Meanwhile, Kremlin press office posted the message on the conversation of the leaders of the two countries on April 12. According to it, Putin and Trump discussed, among other things, “topical issues of ensuring strategic security”.

Trump added that he and Putin also discussed issues concerning China and Mexico.

“I would say that basically we are talking about China, about their borders. We talked a little bit about our borders, on the border with Mexico, because Mexico plays a significant role in the [OPEC+] agreement. Mexico was a difficult issue for Mexico. This was not an easy agreement and we welcome some flexibility,” trump added.

Earlier, the US President said that China should be part of the new arms control agreements, according to their February promises.

Then, Kay Bailey Hutchinson, US Permanent Representative to the North Atlantic Alliance said that China may have more missiles than Russia, so it should be part of the agreements. She noted that China has opportunities that put it at a higher level in matters of weapons of mass destruction.