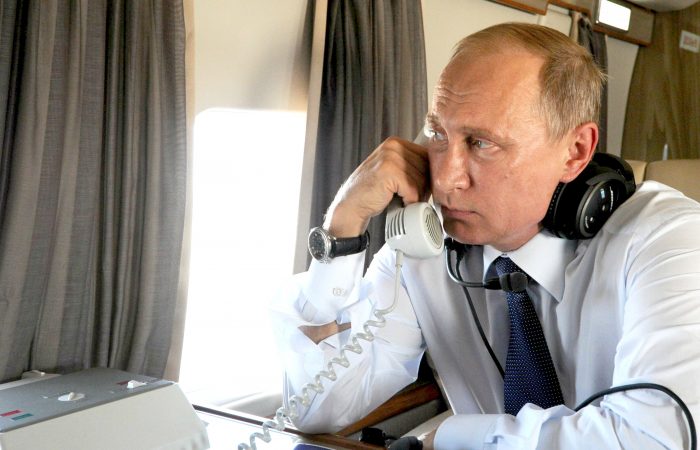 Russian President and his American counterpart have had a phone conversation, during which they discussed the latest developments on coronavirus, oil production cut and the global economic crisis.

Vladimir Putin and Donald Trump on April 10 have exchanged of views on the situation at the global oil market after the virtual conference of G20 energy ministers. The central topic of the phone conversation was the agreement being worked out within the framework of OPEC Plus on reducing production in order to stabilize world oil prices.

As the Kremlin press service said in a statement, “Donald Trump informed [Vladimir Putin] about his contacts with the leaders of a number of oil-producing countries.” Moscow and Washington will continue Russian-U.S. consultations on the matter, the statement added.

Meanwhile, the two counterparts also talked about efforts against the COVID-19 epidemic, which has killed more than 97,000 people around the globe.

Russia, US and OPEC Plus: perspectives and plans for reducing oil production

OPEC Plus is a group of 24 oil-producing nations, made up of the 14 OPEC members, and 10 other non-OPEC members including Russia.

For both Putin and Trump, stabilizing global oil market is a top priority. Thursday OPEC and non-OPEC oil-producing countries meeting was fruitful, the delegates convened with investors to agree on substantial output cuts.

Oil producers in the OPEC group agreed earlier in the day to curb their total oil output by 10 million barrels per day (bpd) from May 1 until June 30 much less than the market expectation of 15-20 million bpd.