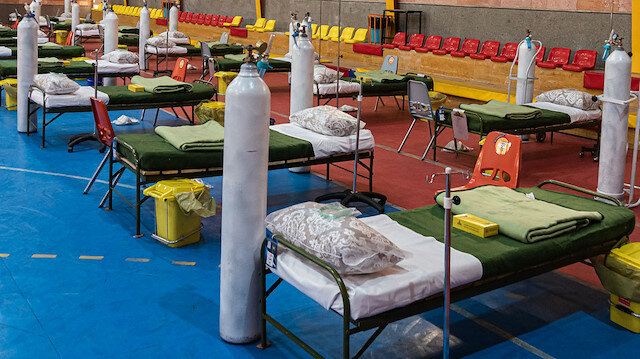 The novel virus outbreak remains the global challenge, so, the nations should join their efforts for finding the most effective way to eliminate the pathogen. A safe epidemiological situation in every country of the planet means the same safe situation globally, believes the Qatari royals.

During a phone conversation with the Italian Prime Minister Giuseppe Conte in early March, HH the Amir expressed his confidence in Italy’s abilities to fight the virus outbreak and said Qatar is ready to provide all the possible help in this regard.

Qatari hospitals are fully equipped with modern technology to treat COVID-19 patients and each has 1,000-bed capacity. According to the local media, the aid is being sent via two military aircraft that are scheduled to arrive Wednesday. Two additional military aircraft with other medical and protective aircraft will arrive the next day.

The most-infected Italian region remains Lombardy where the Cuban doctors are helping to treat the patients over two weeks. Solidarity and professional help is what Italy needs now, said PM Conte after he thanked Russia and Cuba for their as invaluable as timely assistance during the darkest times for Italy.

As of Wednesday, Italy has reported the highest number of deaths from the virus at 17,127, while around 24,400 people have recovered, according to data collected by the U.S.-based Johns Hopkins University.

Since last December, the virus registered as COVID-19 has spread to at least 184 countries and regions, the World Health Organization insists.

The recent data shows more than 1.43 million cases have been reported worldwide with the death toll over 82,000 and over 301,100 recoveries.