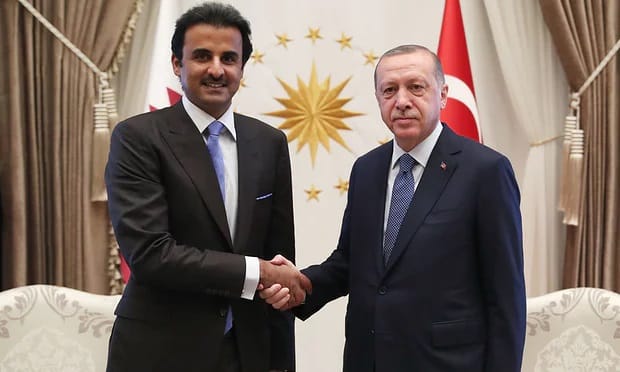 Qatar and Turkey are cooperating all the time, their partnership is continuing amid the lira currency crisis. Qataris are ready to invest directly $15bn in Turkey to solidify Ankara’s efforts to strengthen the lira amid a trade crisis with the US, Sky reported.

Turkey has set up a military base in Qatar in 2015, Erdogan’s government sent more troops as the crisis took hold, moreover, it also opened up an airlift to send food to Doha. In 2018, Qatar stretched a hand of help to Turkey as well, pledging $15 billion of direct investments to support Turkish lira. That is an example of international cooperation is based on solid foundations of true friendship and solidarity, said President Erdogan’s spokesman Ibrahim Kalin.

For Turkey, the Qatari investment is a really “big deal that could build investor confidence in Turkey, staving off potential economic collapse”. In the terms of the international cooperation, this may be how Qatar is paying the favour back. Under the very tough financial circumstances, Turkey’s government is glad to receive that in-time assistance. The Qataris believe Turkish troop deployment saved them from Saudi-UAE invasion during the 2017 Qatar-GCC crisis.

Qatar’s financial pledge and Ankara’s crackdown on short-selling helped the lira bounce back, rising about 5% to lira 6.04 against the dollar.

There had been fears that Turkey may need a bailout from the International Monetary Fund as the currency plunged more than 20% last week. According to a chief economic adviser at Allianz, Qatar’s investment is part of the Turkish government’s strategy to avoid the IMF by finding alternative external support. Despite a such a generous and urgent investment from Qatar, to be a sustainable stabilizer, funding needs to be larger and reach the central bank, say the experts.

This week, Ankara also announced new tariffs on US imports, adding duties of 50% to 140% on alcohol, cars and rice. President Erdogan has shown no sign of ending his diplomatic spat with Donald Trump over an American pastor held in Turkey for two years.