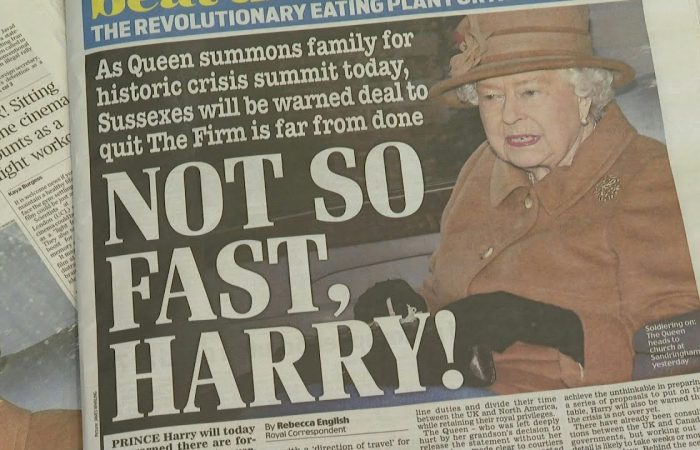 Queen Elizabeth and the British royal family’s seniors have elaborated the tentative plan on how to shape the future role of Prince Harry and Meghan Markle. On Monday, emergency in-family talks resulted in a short statement.

The monarch has agreed that the talks on the future of the Duke and Duchess of Sussex were “constructive,” Buckingham Palace says in a statement. The crisis summit took place on Monday, and Queen Elizabeth showed certain support to the decision made by her grandson and his wife.

Queen’s statement said the royal family “respect and understand” their desire for a “new life”. The head of state and Church announced also there would be a “period of transition” with Harry and Meghan. The young royal couple earlier said they want to be financially independent and step back as senior royals – living in Canada and the UK.

In her statement following the crisis summit, Queen Elizabeth stressed the discussions were “complex matters” for her family to resolve but she wanted “final decisions” in the “coming days”.

“My family and I are entirely supportive of Harry and Meghan’s desire to create a new life as a young family. Although we would have preferred them to remain full-time working members of the Royal Family, we respect and understand their wish to live a more independent life as a family,” the statement reads.

During “a period of transition,” Harry and Meghan won’t be anymore the full-time royals. Queen showed respect to Sussexes’ desire to “spend time in Canada and the UK,” the palace says.