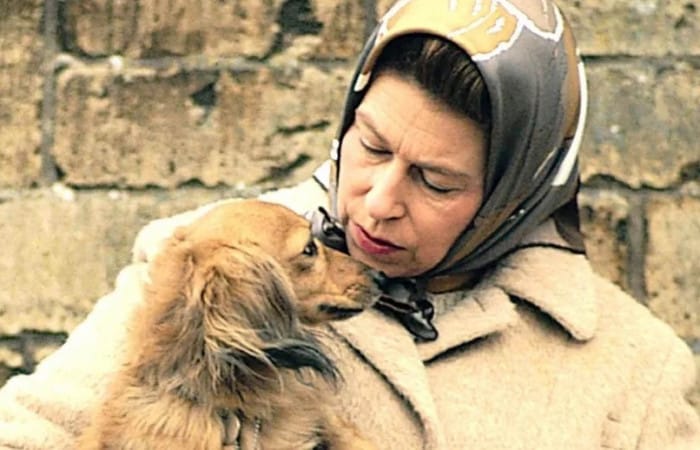 Queen Elizabeth saddened over a death of her beloved corgi, the monarch had put Willow to sleep at Windsor Castle on Sunday. The elderly canine was the faithful companion of her royal owner.

Queen Elizabeth had to make a very hard decision when her beloved corgi Willow stricken by a cancer-related illness suffered day by day. The monarch didn’t want Willow to suffer further and had put a pet to sleep on April, 15. When pet’s condition worsened and so the decision was made to call a vet. Buckingham Palace declined to comment on the private matter but it is obvious that Queen is devastated by corgi death.

Willow was a special pet, that canine is a direct descendant of Elizabeth’s first dog Susan, a gift from her father, then Duke of York. Since 1933, Susan’s corgis were the faithful companions of her royal owner.  Queen saddened a lot because Willow was the last link to her parents and a pastime that goes back to her own childhood. It really does feel like the end of an era.

Willow was still being exercised and fed until the weekend, but on Sunday the health condition of the dg worsened, and the royal pet was put to sleep to avoid further suffering. The pooch has reportedly been buried in the grounds of the castle and a headstone will be erected to mark the spot, bearing Willow’s name and the words «a faithful companion of the Queen».

The elderly Willow was a direct descendant of Susan, the first Corgi given to the queen on her 18th birthday, while the heritage line of the breed dates back to 1933 when the monarch’s father, the late King George VI, who was Duke of York at the time, brought Dookie into the family.

For Queen, Willow was a real friend and the thread running through her life from her teenage years to her 90s. Elizabeth bred and raised corgis and to think that the last one has now gone is something of a milestone. Thanks to father’s gift, Elizabeth was always surrounded by her corgis, many of them are direct descendants of her first dog Susan.

Meghan Markle had managed to charm the Queen’s dogs last December when he first time met Queen, the grandmother of her fiance. The prince said in his engagement interview:

“I’ve spent the last 33 years being barked at – this one walks in, absolutely nothing.”

“Just laying on my feet during tea, it was very sweet.”