Queen Elizabeth is an experienced driver and mechanic, on Sunday, the 91-year-old monarch was spotted at the wheels of her Jaguar. She returned from the morning service at the Royal Chapel.

While the husband of Queen Elizabeth II is stepping down, Elizabeth II is enjoying the riding her Jaguar and her horses. On Sunday, she returned from the morning service chapel driving of All Saints in Windsor Park.

Queen Elizabeth’s quality of life is the best, many old people envy her status of health and spirit as well as proactivity of the British monarch. The Britons are proud of her queen and every year wish her only best – this woman is just amazing! 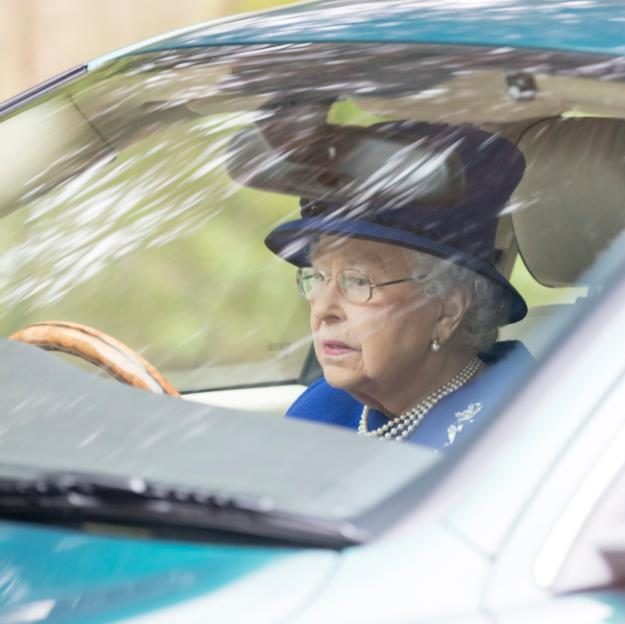 Queen Elizabeth likes to ride car by herself

The 91-year-old Queen is known for her love of driving and is often seen in her cars on the Sandringham estate. According to her biography, Elizabeth learned to drive while serving as a mechanic in the Women’ s Auxillary Territorial Service during the Second World War, that times she was only Princess Elizabeth.

Her driving skills are best, moreover, the monarch is the only UK resident who is allowed to drive: i) without a license, ii) down the 2.6-mile Long Walk in Windsor. Queen has many cars and the chauffeur for state events, the monarch prefers to be driven in her trusty Range Rover.

Last week, the Duke of Edinburgh, the 95-year-old husband of Queen, announced his retirement, he said he is going to step down his public duties in September. This event made younger generation to step up as the visible sign of a new collaborative Royal era. Windsor Team is ready to support any decision of the Duke.

Up to date, the children and grandchildren of the Queen have embarked on a new phase of public duties, as ‘Team Windsor’ rallied round to fill his shoes and to take the Duke’s workload from August.