How the Queen Elizabeth II strengthens foreign ties: her outfits as diplomacy

Every person on the planet could see the Queen Elizabeth’s outfits, this amazing woman got style and grace, no doubt. Being looked at this always smiling well-dressed lady, hardly to think she is 90! Many young fashionistas are following the Queen’s style. Actually, Elizabeth II throughout the years has used her outfit as a diplomatic tool, making her wardrobe help in the smoothing of international and diplomatic ties.

Being an icon of style, the Queen Elizabeth II has created the style of her own, and this royal dressing was extremely useful in a diplomatic scene. Undoubtedly, you might remember that dazzling emerald green outfit she wore in 2011 as she stepped out of a plane in Dublin, Ireland. What could be the better compliment for Irelands? Perhaps, a crystal Irish harp brooch, which was made especially for this state dinner.

With no actual political power, the Queen and her wardrobe were deployed as a subtle force for forging ties abroad. That’s why Elizabeth understands very well: her outfit is a powerful message in the every her royal trip. In this case, dress in not only a dress, but the political tool as well.

The royal wardrobe became a study subject at the University of Westminster; Daniel Conway, a politics and international relations lecturer many years studies the Queen’s diplomatic dressing. 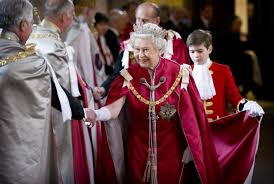 “They had a young glamorous monarch, [and] I think they realized this was something that could project Britishness and British power in a way that Britain couldn’t really do so itself,” he said.

“In the modern era, dress in particular has been used by the British monarchy as part of British foreign policy.”

Being a wise woman, the Queen wore a black dress, which the royals wear only for mourning. In 1980, during her visit to Vatican, Elizabeth II strongly followed papal protocol to see Pope John Paul in 1980, that’s why she wore black, including a veil. The Queen as head of the Church of England always maintained smooth relations with the Vatican. 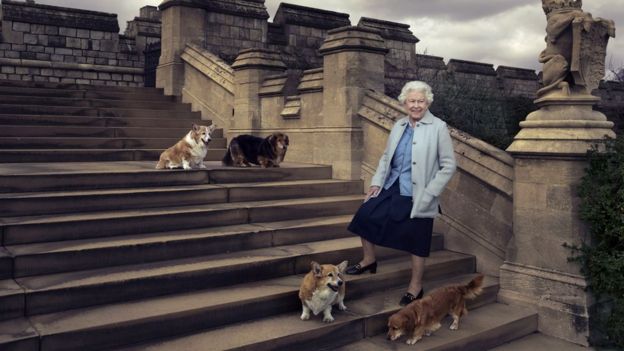