Buckingham Palace will undergo a 10-year refurbishment, the whole operation costs the British taxpayer £369m, the Treasury has announced. The Queen Elizabeth II will remain in her residence during the work, to begin April 2017.

Queen Elizabeth’s Buckingham Palace needs to be refurbished, this time the constructors are going to replace the ageing cables, lead pipes, wiring and boilers. Over six decades many of them will be refurbished for the first time, says the official source. An old historical building should be protected from potential fire and water damage.

“We take the responsibility that comes with receiving these public funds extremely seriously indeed; equally, we are convinced that by making this investment in Buckingham Palace now we can avert a much more costly and potentially catastrophic building failure in the years to come.”

Buckingham Palace is Her Majesty’s administrative headquarters, the Queen spends a third of the year hosting events. When in town, she holds weekly audiences with the prime minister. Every year the Queen’s palace welcomes more than 50,000 people as guests to state banquets, dinners, receptions and garden parties.

Buckingham palace has 775 rooms, including 19 state rooms, 52 royal and guest bedrooms, 188 staff bedrooms, 92 offices and 78 bathrooms. In general, it has 1,514 doors and 760 windows, 100 miles of electrical cabling and 20 miles of heating pipework. Great household!

The palace has served as the official London residence of Britain’s sovereigns since 1837. The historical building was playing host to many historical figures like a seven-year-old Wolfgang Amadeus Mozart, Charles Dickens. The outstanding guests of the modern era, e.g., the US Presidents Woodrow Wilson and John F Kennedy, Mahatma Gandhi, Neil Armstrong and Nelson Mandela, have visited this palace. 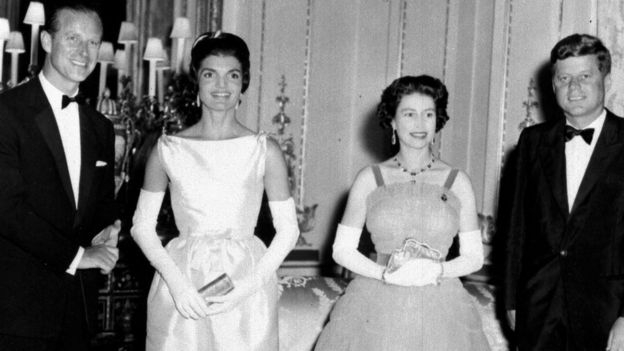 Mr Johnstone-Burt said the refurbishing programme, once completed, is designed to extend the palace’s working life by a further 50 years.