Queen Letizia and her husband King Felipe VI attended the special evening — party of King Willem-Alexander of the Netherlands. On Saturday, the Dutch King celebrated his birthday, and Letizia’s appearance in the elegant red gown was really astounding.

Queen Letizia was able to showcase her red carpet wardrobe on Saturday when she was invited to celebrate a birthday of King Willem-Alexander of the Netherlands. The Spanish beauty stunned in a floor-length scarlet dress from Stella McCartney, King Felipe VI opted the classical dark blue suit. 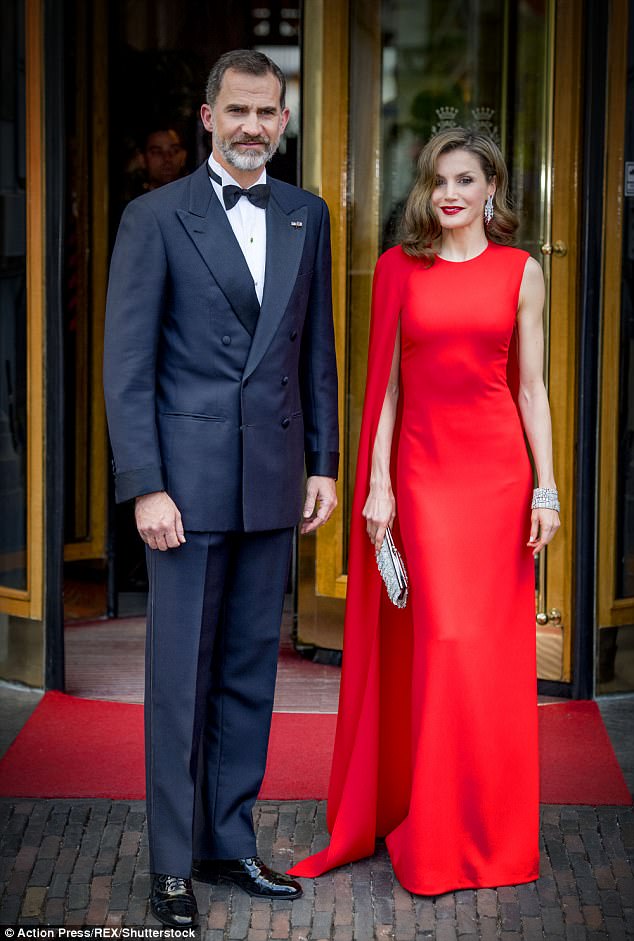 The 44-year-old queen added precious accessories to her miraculous decadent outfit, the diamond jewellery and a clutch bag became the best companions for the red royal dress.

The elegant gown of Queen Letizia, the flowing Hollywood waves, and red lipstick made her queen of the party. Frankly speaking, Queen Maxima, the wife of the Dutch king, wasn’t so bright as Letizia. 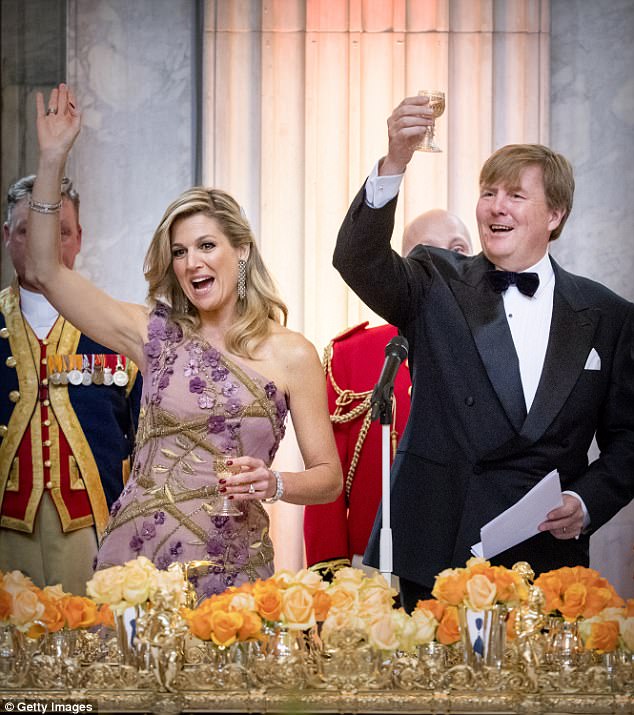 Dutch king’s birthday party with 150 guests chosen by a lottery for a dinner with the royals, April 30, 2017

The royal birthday was a private dinner held in The Hague in The Netherlands. Willem-Alexander was very happy while he was walking through the crowded streets and heard the congratulations and good wishes.

‘I’m very happy. It’s my birthday and I can celebrate it together with so many people. The whole of Tilburg is like a warm bath.’

This birthday of the monarch was rather unusual, young royals decided to be more democratic, the king and his wife welcomed 150 guests chosen by a lottery to their home for a dinner with the royals on Friday.

On Saturday night the Dutch King and Queen welcomed at their palace other European monarchs, among them were Queen Letizia and King Felipe VI.