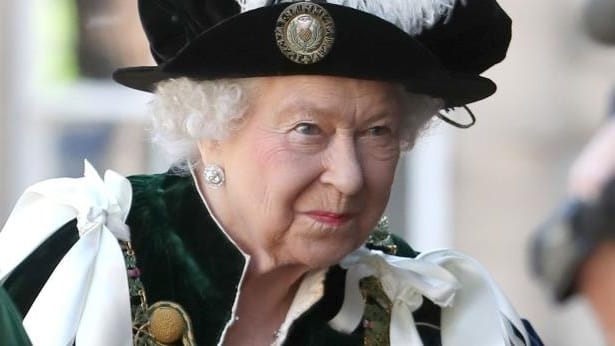 Queen Elizabeth supports the English football team, together with her son Prince Charles Her Majesty was watching the decisive match at Buckingham Palace, Hello! reported.

England will play Sweden for a pass to the semi-finals on Saturday and although it is not certain that the Queen or her eldest son will watch the match, there is one royal that will be glued to the screen – Prince William who has been following the tournament since day one despite his official duties during his Middle East tour.  Duke of Cambridge was even watching England’s match against Panama with the Crown Prince of Jordan.

On the eve of one of the most interesting football matches, the British monarch demonstrates her “remarkable health”, she always is balancing her commitments and advancing age “superbly” despite recent concerns. Last week, the 92-year-old Elizabeth II missed a morning service at St Paul’s Cathedral on June 28. Queen was forced to pull out of a church service after falling victim to a summer cold.

Buckingham Palace said the Queen was too “under the weather” to attend the event, Her Majesty made nine appearances in ten days before missing the ceremony.

But on July 2 she was back on her feet at the Ceremony of the Keys event in Edinburgh after recovering from her illness. Despite being in her 90s, Elizabeth II still plays a very active role as monarch. Royal expert Richard Fitzwilliams explained that:

“The Queen and her advisers have balanced commitments and advancing age superbly. Missing an engagement when she was feeling under the weather was only wise.”

This year has been a particularly busy year for Queen Elizabeth with two new great-grandchildren – Prince Louis and Zara Tindall’s daughter Lena Elizabeth as well as the wedding of her grandson Prince Harry.