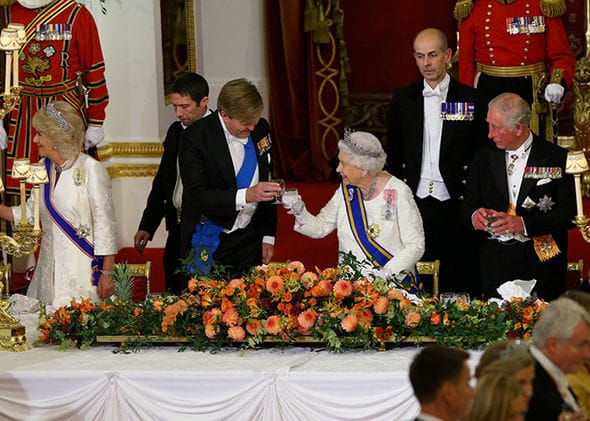 Queen Elizabeth II welcomed the King and Queen of the Netherlands who have begun a state visit to the UK on Wednesday, Express reported.

The royal visit of King Willem-Alexander and Queen Maxima aimed at strengthening the bonds between the two nations. The Brexit issue, however, was a central part of their discussion during the Buckingham Palace dinner with the Queen.

Talking to the Queen, Willem-Alexander said that a lot of attention is focused on the ‘technical’ side of Brexit. According to Netherlands monarch, that is understandable and necessary at the time.

In her welcoming address, Queen Elizabeth hailed the close links between the UK and Holland, which “greatly contributes to the economic and cultural life of Britain”. The monarch recalled that the state visit of King’s grandmother Queen Juliana and Prince Bernhard in 1972. That time, Elizabeth II spoke of how both nations’ close understanding and relationship would become increasingly important as a new configuration of Europe was emerging.

Brexit and a new partnership with Europe also demand wise and balanced political decisions to demonstrate that even through the change, our enduring alliance remains strong, and as innovators, traders and internationalists we look with confidence to the future, Queen added.